Back to Normal - Whatever that is!

Back to Normal – Whatever that is!

As you know I have returned from Australia, and before I start putting up all my pictures, and telling you about all the wonderful things I saw and did there, I thought I’d talk about a very endangered animal that I find very interesting.

The crested black macaque is critically endangered. Before we get into the reasons for this monkey’s dilemma, let’s look at some facts. But first his picture: 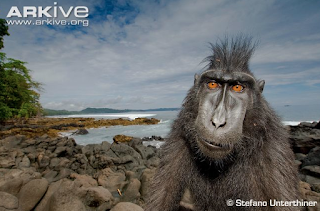 As you can see from the above picture, this monkey is the punk-rock star of the macaque species. Identifying them, as a species, has been a bit hair raising (giggle) due to the fact that they have a short rudimentary tail. This short tail threw everyone off. At first it was thought that this monkey was an ape. As you all know, apes have no tails, and monkeys do. Oh, you didn't know that? That’s the main distinguishing mark between the two! There are a few other characteristics that distinguish them. One other difference is the length of the arms. Apes’ arms are longer than their legs. Monkeys’ arms are the same length or shorter than their legs. As a result of this particular difference, apes can walk upright, and monkeys move on all fours. Also, apes have larger brains, and can live a great deal longer than monkeys. Here's a video summary for you. Your children will enjoy this.  Time to share!

There are seven species of macaques, and this one is the most endangered. The crested black macaque lives on the island of Sulawesi, which is part of Indonesia. They are a very social species, and prior to their decline they formed groups of one hundred individuals or more. That is no longer the case. 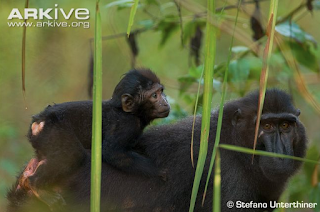 For more detailed information on this primate, click on the following link;

Oh, I almost forgot. Why is it that this very unusual animal is critically endangered? Well, the main reason is over-hunting, and not by lions, tigers, and bears, Oh My! This macaque is considered a delicacy in Sulawesi. What’s more, it is suffering from shrinking habitat. So, not only are humans eating the animal, they are also spending a lot of effort in clearing their habitat for agriculture and logging. Since Sulawesi is an island, there is not much area for them to go to.

“Captive breeding of this species has been successful at Jersey Zoo and a number of other zoos, and individuals may be reintroduced into the wild in the future. If this species is to survive, it is essential to address the problems of hunting and habitat loss on Sulawesi.” (Arkive.org)

Thank you for thinking about this primate, at least for a little while. 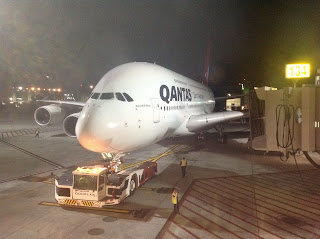 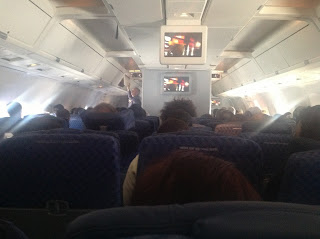 Thanks for stopping by. I do hope you come by again!
Enjoy.!
J.E. Rogers
Posted by Jeanne at 2:40 AM 2 comments: