I CAN’T BEAR IT ANY LONGER!

Australia’s iconic animal, the Koala Bear – oops! I did it. I called him a bear. He’s not, you know. I will take a leap and assume that this error would not bother the Koala. They wouldn’t mind. However, if you go to Australia, do not, and I emphasis that, DO NOT, refer to the Koala as a bear. Okay, now that we’re past that, let’s explore where the name Koala Bear originated. It’s really quite simple.

A man named John Price was the first European to record Koalas. In 1816, the Koala was given a scientific name; phascolarctos cinereus (that’s a mouthful), which means, ‘a grey pouched bear.’ Soon enough, it was discovered that the Koala is not a bear at all, but the name kinda stuck. Seems an old habit dies-hard even when you’re giving animals scientific names. 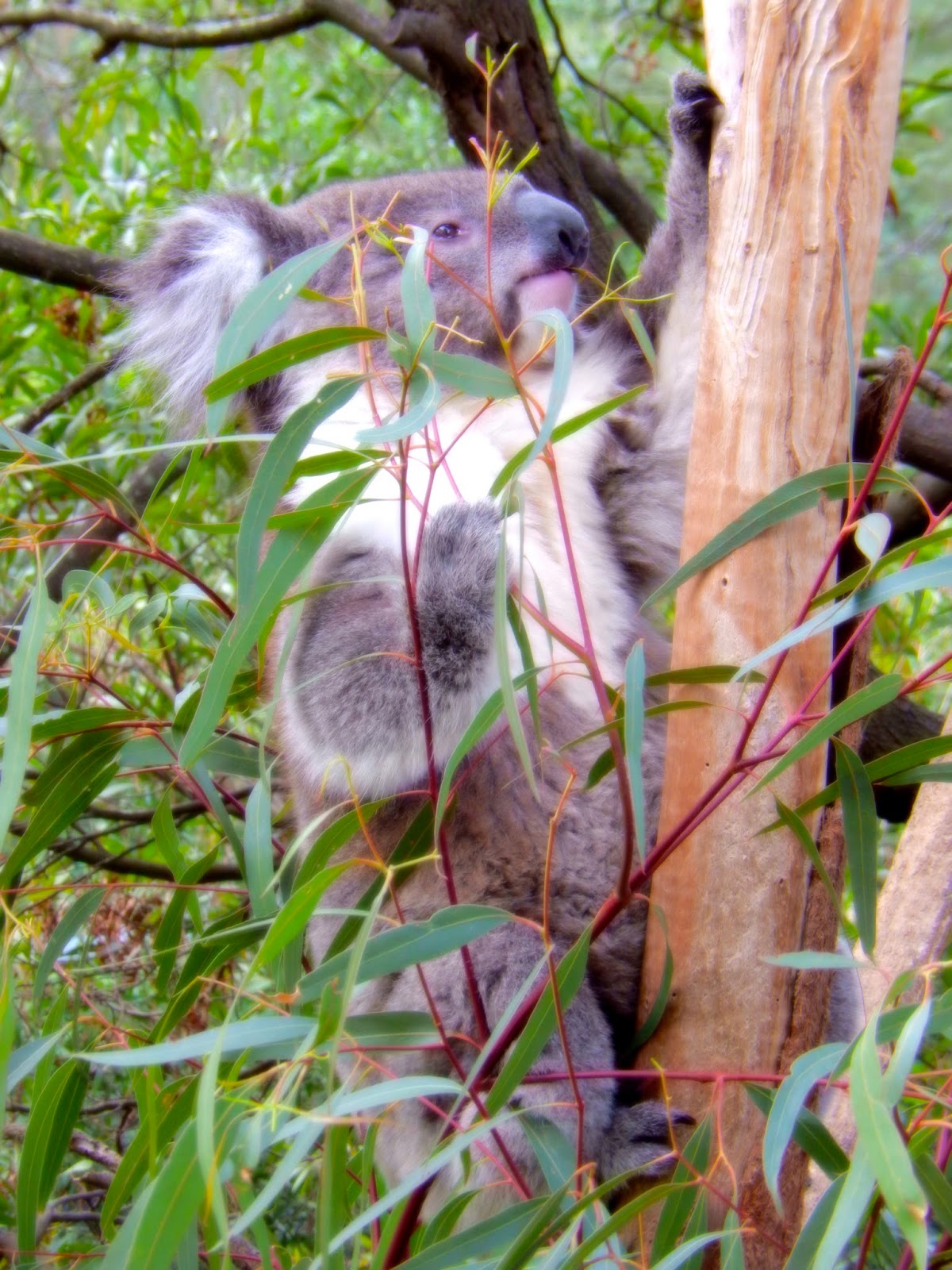 Koalas are marsupials. We’ve met a number of different marsupials on this blog, but along with the Kangaroo, this is the one marsupial most people are familiar with. Just to remind you, a marsupial is an animal whose young are born incompletely developed. Those incompletely developed young, which are about the same size, and look like a pink jellybean, find their way to their mother’s pouch after birth. In their mother’s pouch, they are suckled (drink milk) until they are mature. 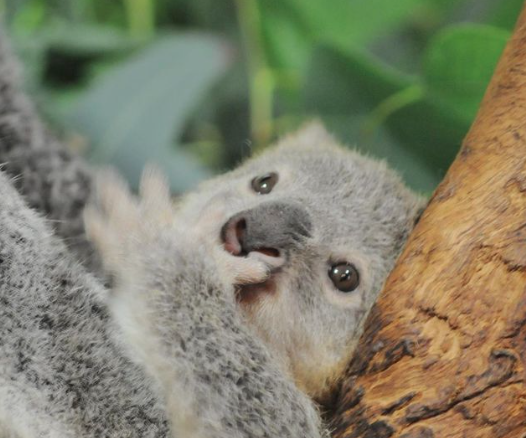 They stay safe in their mother’s pouch for about six months. Then they poke their little heads out and begin life outside their mom, usually clinging to their mother’s chest. They’re little tummies are not yet ready to eat eucalyptus leaves, which is the only food a Koala will eat. Eucalyptus leaves are very toxic, but Koalas have found a way to digest them, but the joeys just can’t start chewing when they emerge from mom’s pouch. They’re mother has to feed them a yucky goo that is called pap. I’m not going to get too graphic about this, but I will say it’s green poop that helps the Joey’s tummy adjust to their diet of eucalyptus leaves. Well, let’s move on from that. 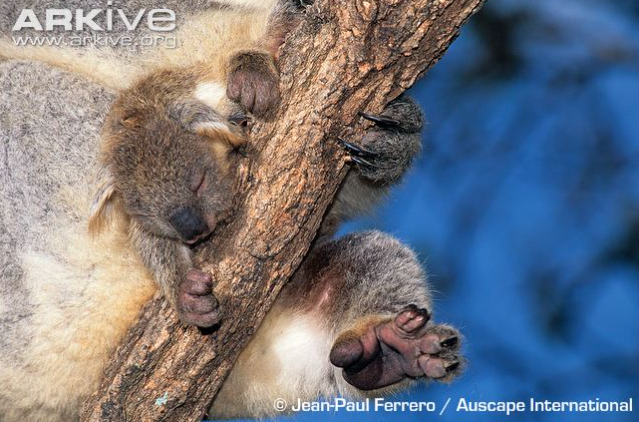 Here’s a video that sums it up a lot of information about the Koala.

Koalas are picky eaters. Although there are over 700 species of eucalypts in Australia, the Koala likes only 120 of these species. They get most of the moisture they need from the leaves themselves, and since their main diet is leaves, they rarely come to the ground, unless they spy a tastier leaf on a nearby tree. They have two thumbs on their front paws, which make them very good climbers. They also have a ‘grooming’ claw on their hind paws, which helps them to remove ticks. 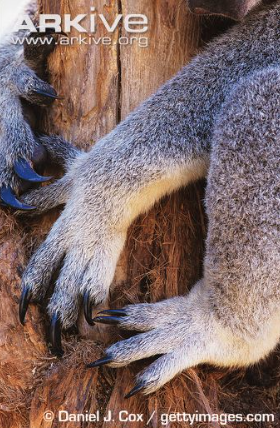 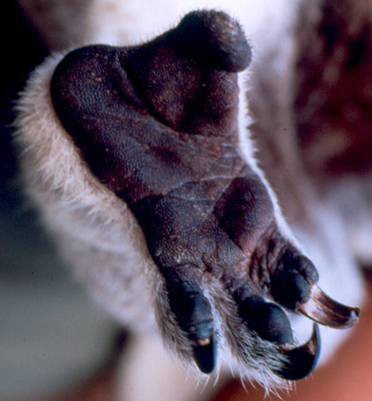 The IUCN* lists the Koala as ‘least concern.’ However, Australians consider their icon to be vulnerable and are taking steps to help protect them. The efforts to protect the Koala are different depending on the area in which the Koalas are living. Many Koalas are killed each year by cars, dogs and forest fires. There are also concerns about logging, which takes down the trees that are home to Koalas. Then there’s mining, which has had a serious effect on them, causing habitat destruction.

To learn more about the Koala visit the sites listed in Citations and References.

I hope you have enjoyed this week’s look at the Koala. My thanks to Arkive for pictures and information. Please come back next week, and be sure to share my site with your friends, especially the young ones. *IUCN: International Union for the Conservation of Nature