PIKAS AT THE PEAK
by J.E. Rogers

There are a number of different species of Pika, but this week’s post will focus on one, the American Pika. Although the IUCN* ranks them as ‘least concern,’ there has been some alarm recently. It seems that in several areas of the west, California and Tahoe specifically, the animal’s population has disappeared. 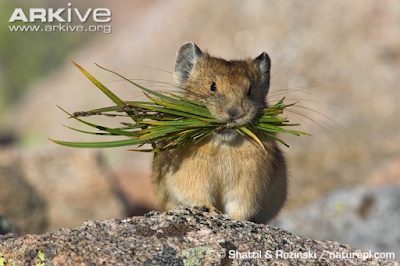 According to UC Santa Cruz scientists and other studies, the American Pika has also disappeared from the Black Rock Range in Nevada and Zion National Park in Utah. The studies concluded that climate change is having a dramatic effect on these small mammals. They prefer cooler climates, living at an average elevation of about 10,000 feet above sea level. Scientists suspect that the American Pikas will no longer be able to live in and around the Lake Tahoe region as the area has become too warm for them. 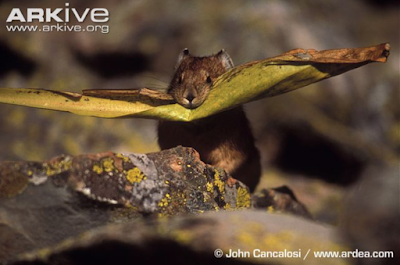 All Pikas are quite vocal, as the following video will demonstrate. They bark out warnings and converse with other Pikas in their territory.

A diurnal animal, the Pika is active during the day. It is watchful for predators like, hawks, eagles, coyotes and bobcats. They make their home in hilly rock piles where their grayish brown, thick coats blend in with their surroundings. 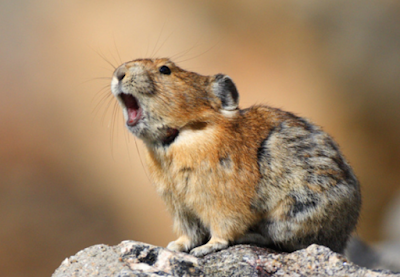 They eat grasses and will spend a lot of time ‘harvesting’ their meals and storing them in so-called haystacks. These piles can contain as much as a bushel of their favorite eats. Find the Pika in the below haystack. J 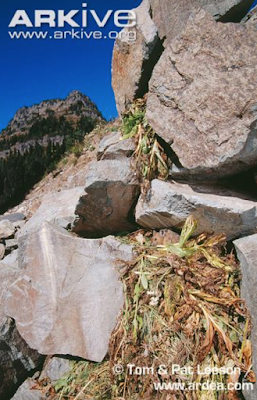 Although they are social animals and live in groups, they will defend their territory from other Pikas they view are intruders.

Studies show that the American Pika is a flexible animal. It is being effected by climate change, but it is adjusting to the problem by moving to other environments that are more favorable. Scientists have also noted that there is a change in their breeding habits as a result of climate change, which may also help the Pika survive. The following article delves into this issue more deeply.

Below is a link to an informative video narrated by a wildlife biologist. Take a few minutes to watch, and you’ll learn a great deal about this little mammal.

To read more about this unusual mammal, visit the following sites:

Thank you so much for stopping by and I do hope you come by again.