THE PERENTIE AND THE GOANNA GET DRESSED!


I promised that I would post the Aboriginal tale about how the Australian Perentie and Goanna got their markings. The story is a little bit more than a tale about how they came to look they way they do. It's also a story about how each became a part of the environment in which they live.  What do you think?

I hope you enjoy this quick post, and if you do - don't forget to share and leave a comment. You can comment here or feel free to go to my FB page to leave me a message:  https://facebook.com/australianfantasyadventures


The Perentie and the Goanna Get Dressed!
An Aboriginal Story

The Perentie (Nintaka) and the Goanna (Milbili), agreed to decorate each other for a ceremony. The Perentie was a good artist who took great care with his work. So he painted the Goanna with great care and skill. He painted fine lines and dots over the Goanna’s body. When the paint had dried, he turned the Goanna over and using the thinnest of brushes and the greatest of care, painted extremely fine lines on his belly.

The Perentie cursed the Goanna and said that from now on he must live in the branches of trees and take shelter in the tree hollows, while he would use the rocks as his home and shelter.

Today, you can see the two keep to their own habitats, still wearing the designed on their bodies. The Goanna with a delicate lace-like pattern on its back, while the Perentie’s dark brown skin is covered with large yellow dots of irregular lines. 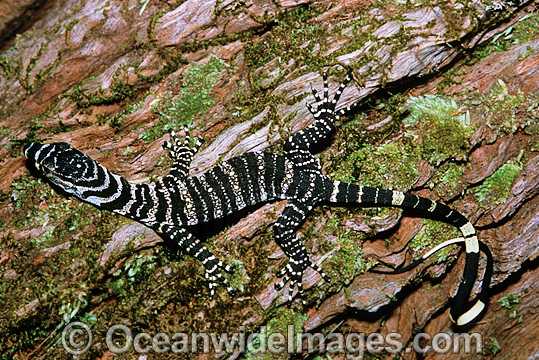 You can clearly see the beautiful fine lined markings that the
Perentie painted on the Australian Goanna. 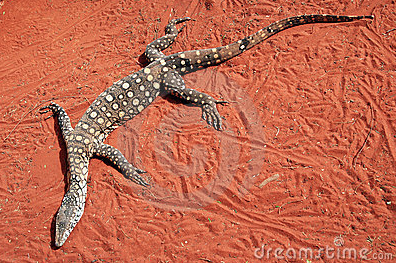 I think the yellow circular markings that the Goanna
painted on the Perentie are also beautiful.

Which one is your favorite?

Aboriginal art is singular in its design. And the designs are drawn from nature, from the world in which the Aborigines live. When I was in Australia, we took a helicopter ride over the Outback. We traveled from Uluru to Kings Canyon, passing over Lake Katherine. While we were in the Outback, many people told us that we arrived at a ‘green time.’ There had been rain, and the outback was full of color. That color appeared in dots across the landscape just like it appears in Aboriginal art. We could clearly see the inspiration below us. We understood how close the Aborigines were, and still are, to nature and to their surroundings. It was a magnificent sight. 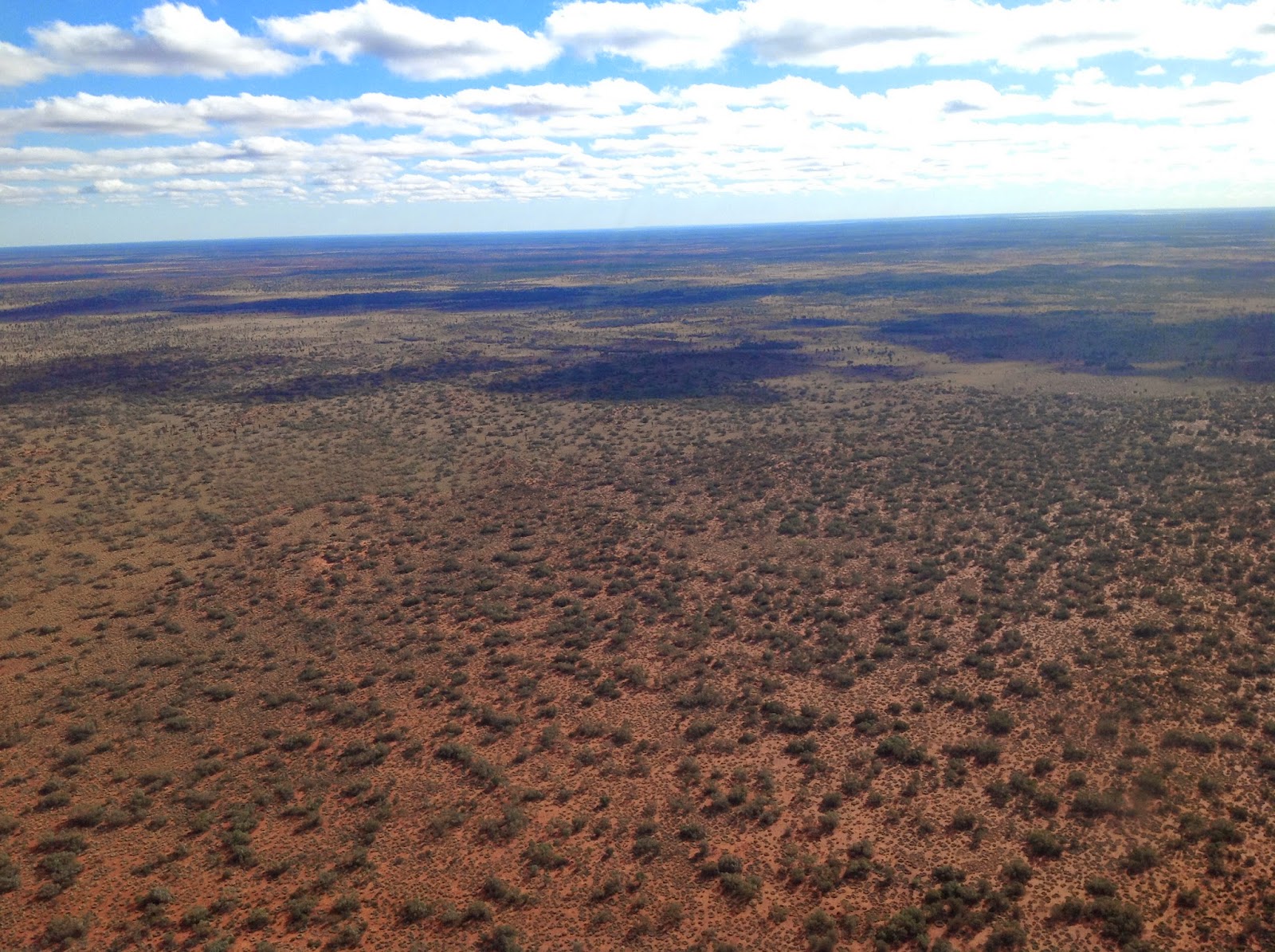 Photo taken from our helicopter flight to King's Canyon. 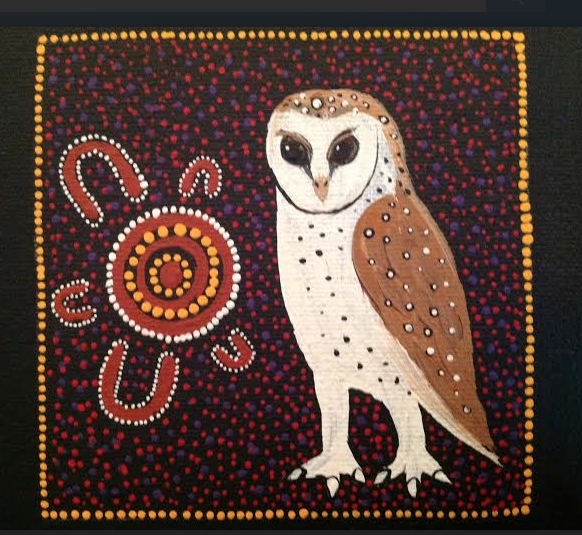 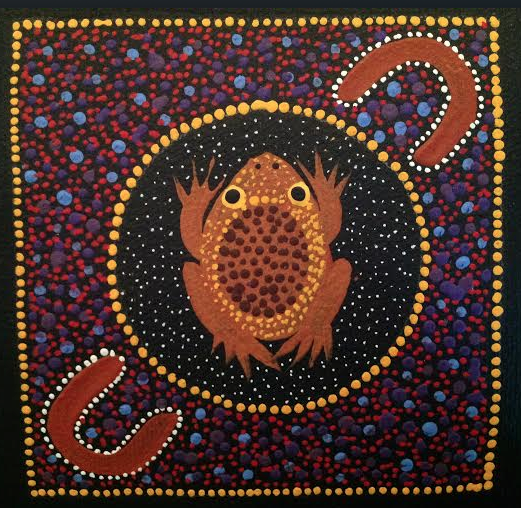 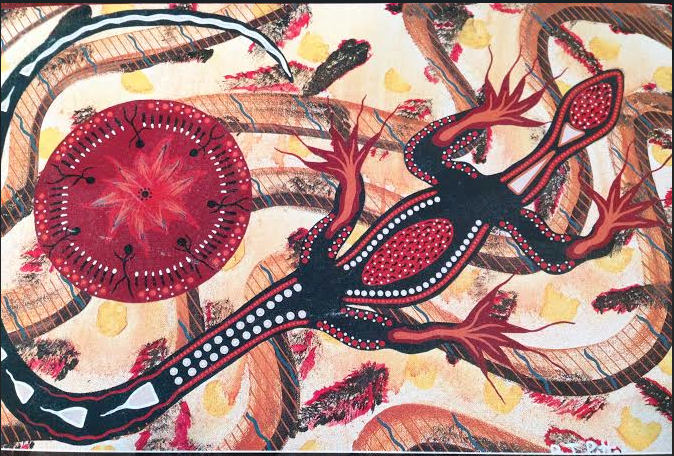 I hope you enjoyed this extra post this week. If you did let me know. I'll talk to you again next week.