Owls have played a major role in history, literature, mythology and culture. They have been a part of Greek and Roman mythology, and have also appeared in English folklore. 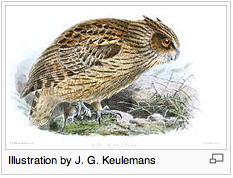 Humans seem to be a bit conflicted about owls. We have feared them and revered them; we have admired them and despised them. They have played a part in witchcraft, medicine, and the weather. They have been the harbinger of birth and death. I am not surprised by man’s fascination. I am so enthralled with them that I am surprised that I have not written about them before. However, I wrote an owl into my first middle grade fantasy. He’s really neat. He’s an Australian Masked Owl named Oswin and…oh, I started marketing. I'm bad.

Let’s take a look at what may very well be the largest owl on the planet – Blakiston’s Fish Owl. 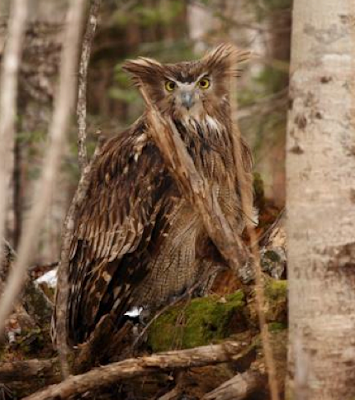 This magnificent owl is often referred to as Blakiston’s Eagle Owl. I have embedded a video below about the Eagle Owl, which was produced by the BBC. It’s a bit lengthy, but well worth watching. Before we get to that video, let’s go over some facts.

As I said above, it is considered the largest species of owl on the planet. Just how big is LARGE?

Blakiston’s Fish Owl has a wingspan of over 6½ feet. Males of the species can weigh anywhere from approximately 7 to 7½ pounds. The female is slightly heavier, weighing from 7.4 pounds to 10 pounds (isn’t that always the way?!). It is about 24 to 28 inches in total length. This is a bit shorter than the Great Gray Owl, but the Gray Owl has a lower body mass.

Since it’s hard to visualize size, I have found a picture that I think gives you a good idea as to how large this owl is. 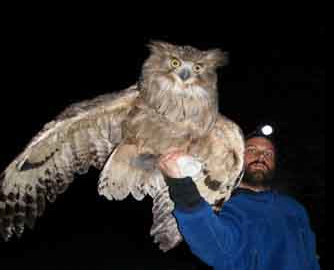 Hmmm…yes, he’s pretty big. As a matter of fact, he’s so big that he is capable of catching fox, small deer, and, of course, his favorite meal, fish.  These owls spend a lot of time on the ground shuffling along streams looking for their dinner, which they catch with their huge talons. 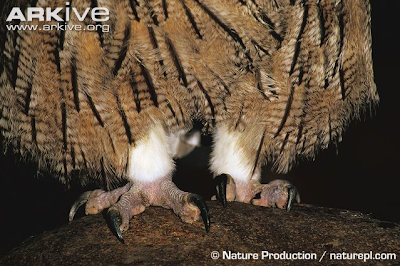 They live in riparian forests. Now there’s a new word for you youngsters. Riparian forest refers to land along a water source, like a river, spring or lakes which do not freeze in winter. Those water sources may be located in Siberia, northeast China and the island of Hokkaido in Japan. 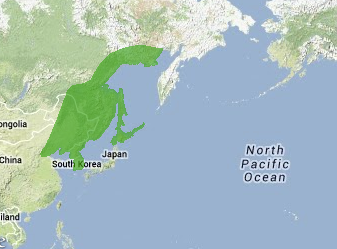 The owl requires large old trees for nesting sites. The pairs mate for life and maintain distinct territories within the forests. A female generally lays a clutch of two eggs, which she incubates over a period of about 35 days. Her mate will take care of her during the nesting time by guarding her and bringing her food. The chicks stay with their parents for about a 1½ months. 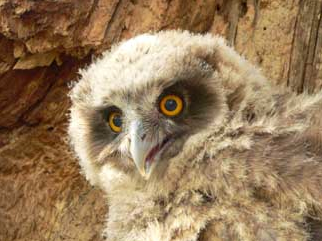 So what’s the skinny on their IUCN* status? This owl is endangered. There are a small number of nesting pairs on the island of Hokkaido in Japan. However, the population is fragmented throughout, China, Russia and parts of North Korea, where it is difficult to get an accurate count due to political tensions, which prevent confirmation of numbers. They are protected in all of the countries in which they are found.

*IUCN = International Union for Conservation of Nature and Natural resources. 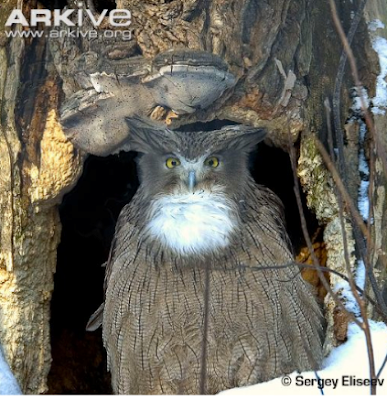 The main cause for the decline in numbers is habitat loss. This owl requires a specialized area in which to live. Remember, riparian forests? They need old trees for nesting and they need water for food. Logging in old forests is extensive, and nesting sites are being cut down. Also, over fishing in the lakes and streams is depleting their food supply.

“On Hokkaido, in Japan, nest boxes and supplementary feeding regimes have been in place since 1984 and a captive breeding and release program is also underway. Without the provision of adequate habitat, however, these measures are ultimately ineffective. It has been suggested that a National Park should be created in northern Russia, which could help to secure some of the habitat in this region.” (ARKive.org) 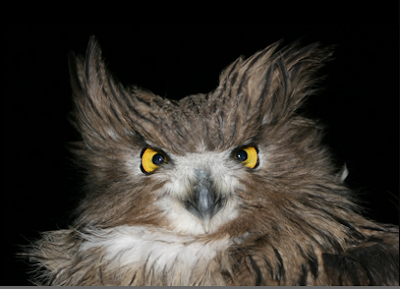 I have embedded a wonderful video about the discovery of a population of Eagle Owls in Northern England and the Netherlands. The Blakiston’s Eagle Owl is a subspecies of the Eagle Owl in this video. Nevertheless, I thought you would still enjoy it. You will notice that this Eagle Owl is not living in a riparian forest. It has a much more unusual home. (You may need to go to my web site to view it.)

Please visit the below sites for more information on this beautiful owl.
As always, my thanks to ARKive.org for their pictures and information.

Thank you for stopping by, for leaving a comment, or maybe for signing up to follow. I truly appreciate it.