So, when I first woke up this morning there was nothing on the ground. Now’s there’s a couple of inches of snow. What the heck! I watched it fall for a bit then considered the fact that I would have to go out and walk Phoebe, my standard poodle. My next thought was, ‘where’s summer.’ One of my favorite places on the planet is experiencing their summer season.

Since I don’t have the airfare to get there, I thought I would travel with you on paper and dedicate this post to Australia’s icon, namely Big Red! This will give me a chance to share some information with you while I visit OZ in my mind. At least for a while I’ll have some warm thoughts, warm memories. 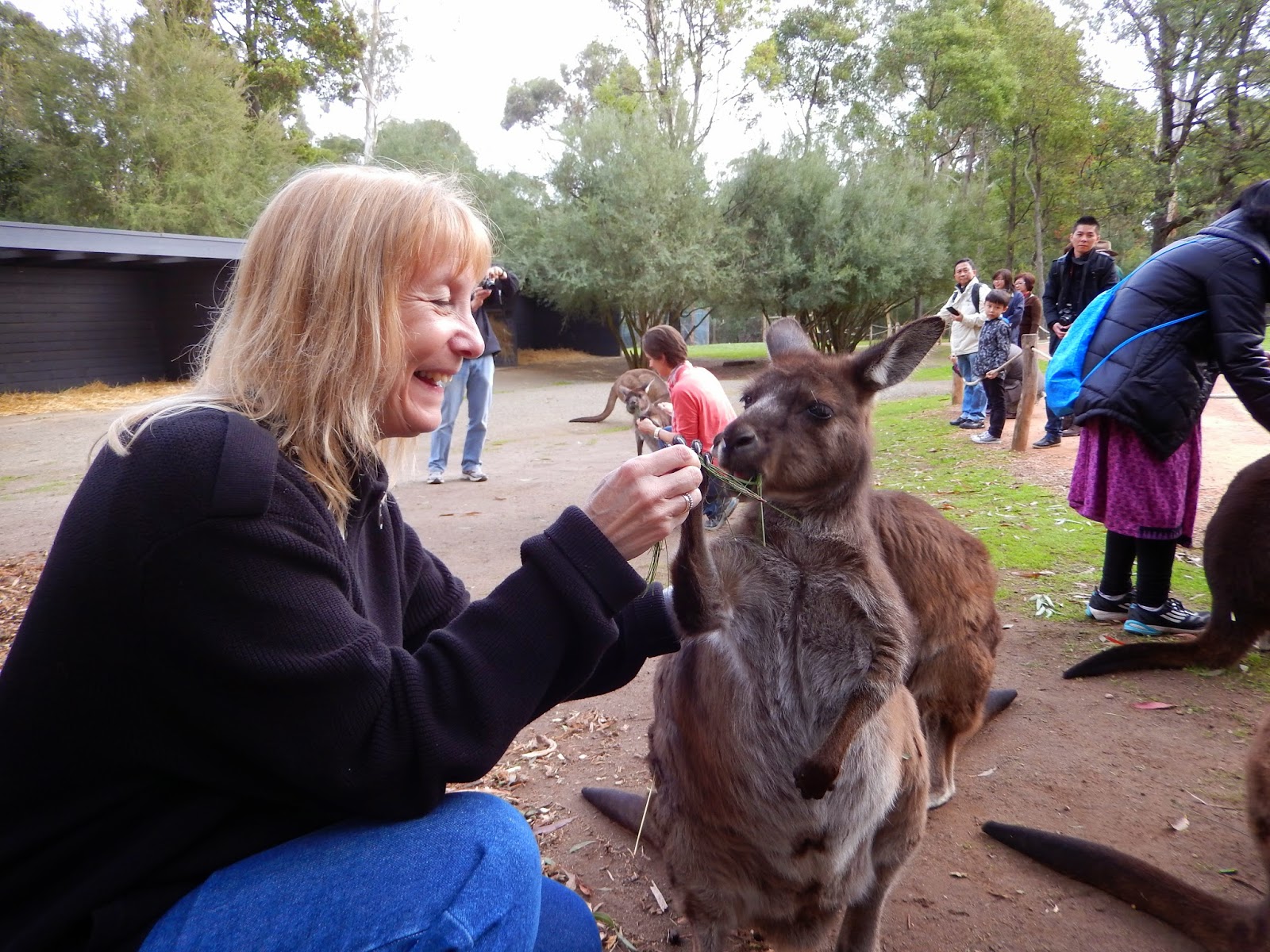 This is a picture of me feeding Crystal. She loved grass and then for dessert, I fed her carrots.

Let’s talk a bit about Kangaroos and review some of the facts about the world’s largest marsupial. There are over sixty species of Kangaroo, which are all members of the group Macropodoiea, or Macropods, which means ‘great-footed.’  The largest of these is the Big Red. Big Reds can grow to be six feet tall, and while I was in Australia I saw them. They actually occupied the same area where the above picture was taken. However, our guide cautioned us not to go near them. 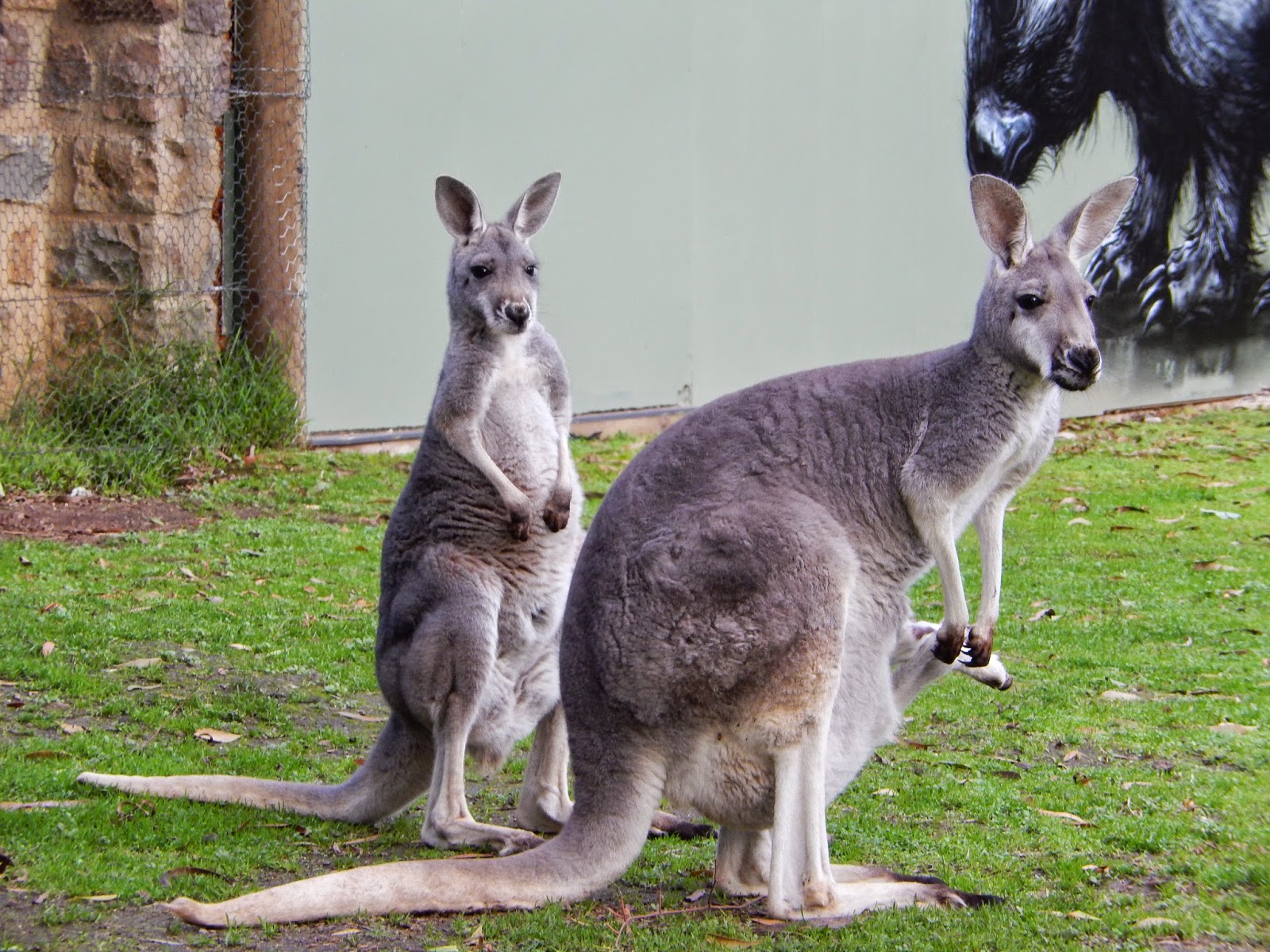 Above is another picture I took of the Big Reds. It you look closely at the Roo in the foreground, you will see the legs of her Joey sticking out of her pouch.

Kangaroos cannot move their back legs independently, and they cannot walk backwards. Actually, they don’t ‘walk.’ They hop and they can hop pretty fast. As a matter of fact, they can hop up to forty miles per hour and reach heights of up to ten feet and cover twenty-five feet in a single bound.  Their tail, and their hind legs form a tripod and they use their tails and their feet to push themselves forward. This is called pentapedal locomotion. They are the largest animals that actually hop in order to get around. Roos are also very good swimmers and have been known to enter waterways to avoid a predator. If a predator decides to pursue a kangaroo into the water, the Roo may actually drown its adversary with its front paws.

Big Reds have really big ears, which help the Roo to dispense heat from their bodies. Since they live in very dry climates, this comes in handy. Only the males have a red color. The females are grey as you can see in the above and below pictures of them. Can you spot the Joey in this female's pouch? 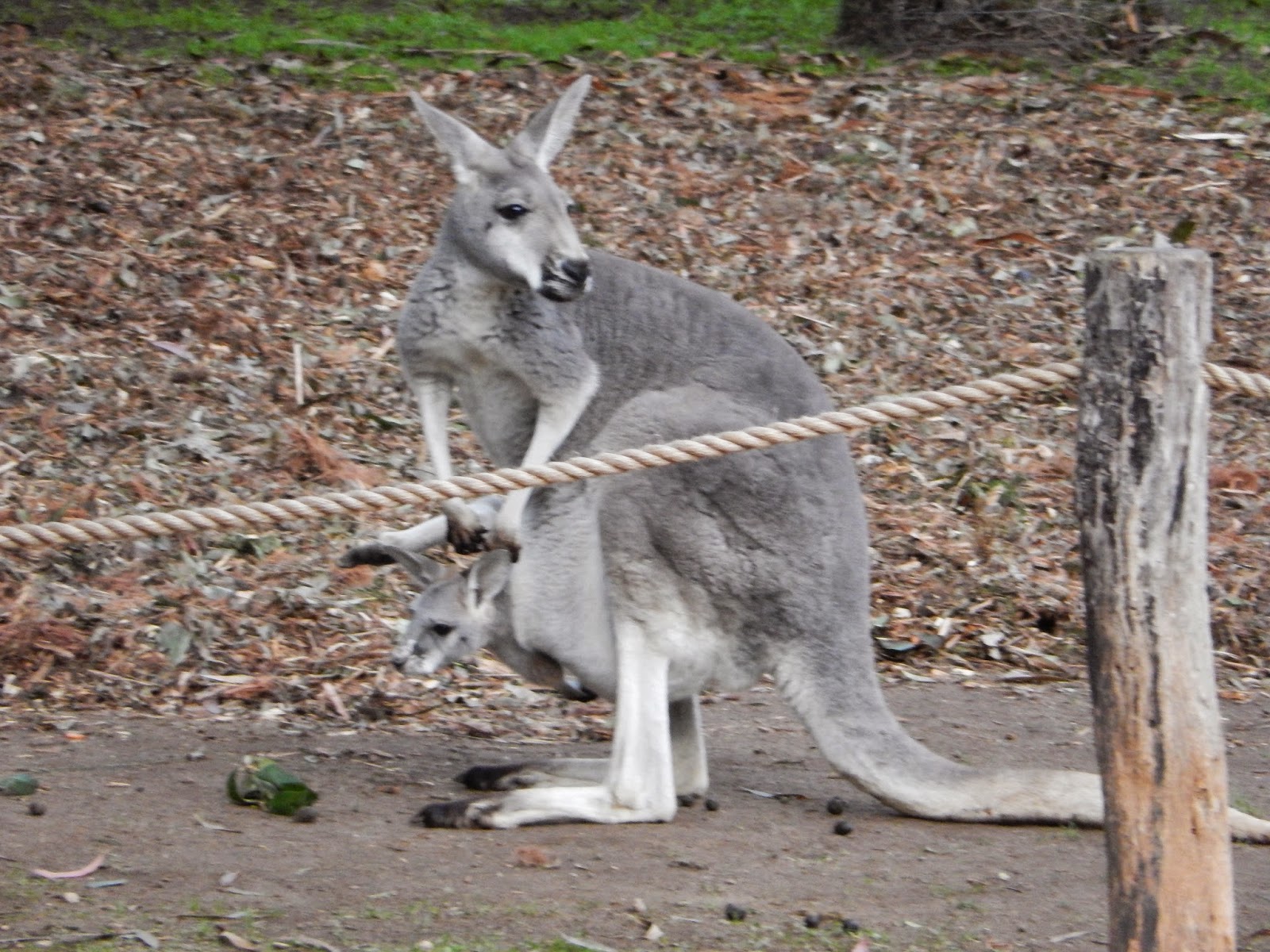 A female kangaroo is called a Flyer, a male is called a Buck, and the babes are called Joeys (Joey). They all live together in a group called a Mob. Mobs can consist of fifty or more kangaroos. Living in groups helps to protect them from predators. Males are not typically territorial, however, their access to mates depends on their status within the Mob.

Here is a picture of two Big Reds boxing for position within the Mob, or perhaps it’s an argument about access to a mate. Maybe they were just having a bad day! 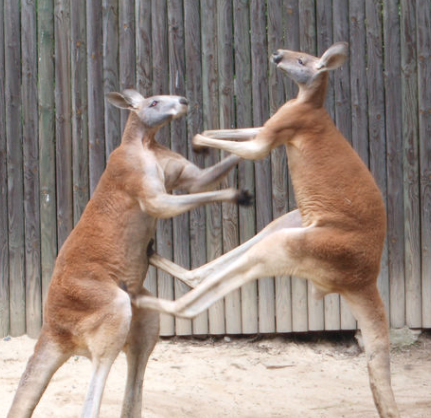 A female kangaroo can hold a Joey in suspended animation. If food becomes scarce due to a dry season, the female has the ability to suspend the growth of a Joey in her pouch until such time as the conditions improve.

Here’s a fun video for you to watch.

There are about ten million Big Reds living in the Outback of Australia. So they are not considered endangered. As a matter of fact, kangaroos in Australia are very much like deer here in the US.

I hope you learned a little about Big Red and I also hope you will visit again next week. Crystal says thank you for visiting and please come back again! 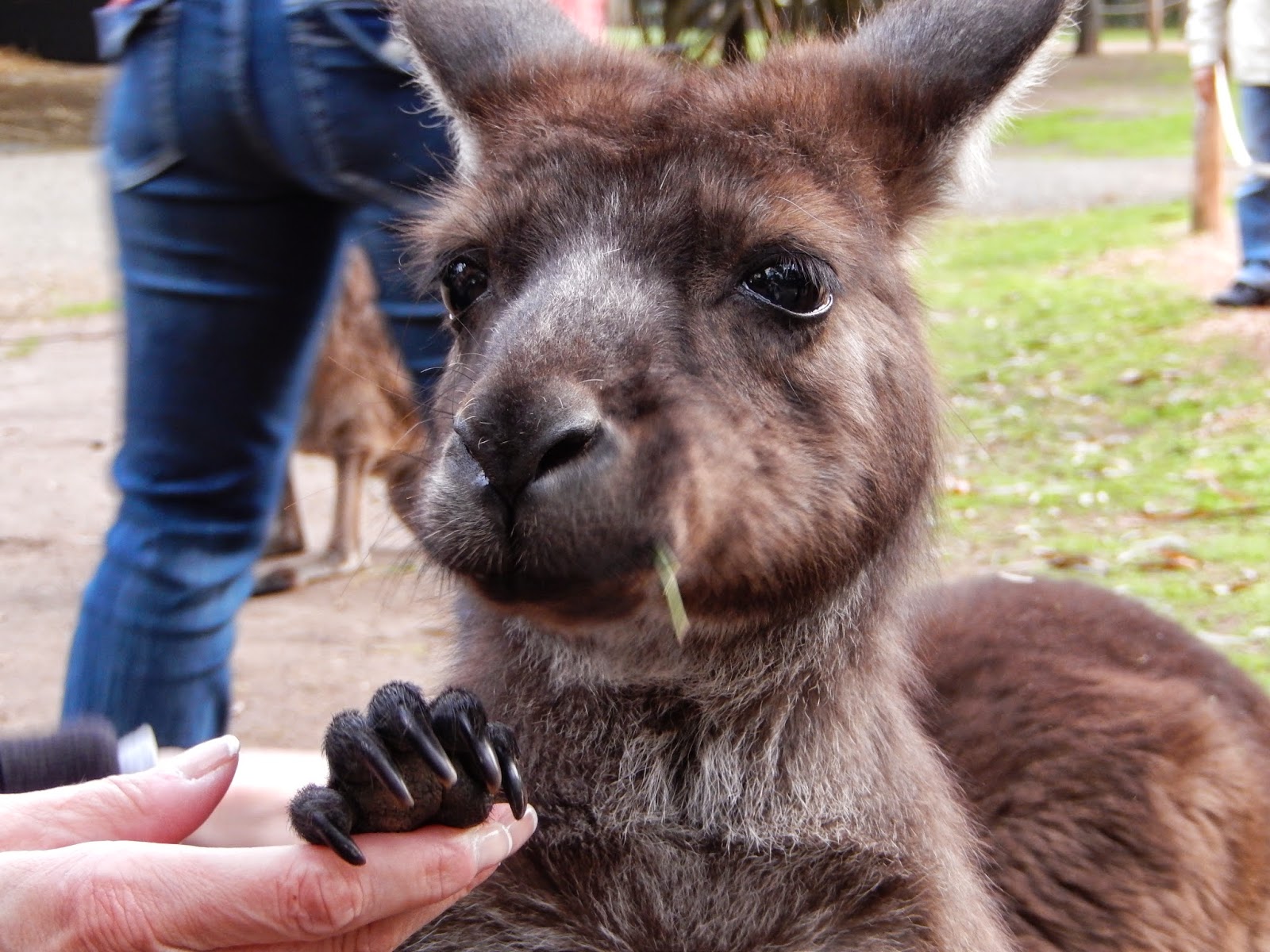