UNICORN’S ARE ALIVE AND WELL!

Well, not really. However, this recent find in the mountainous regions of Vietnam and Laos is just as fantastical as locating a Unicorn.  As a matter of fact, this unusual mammal’s other name is the Asian Unicorn. Let’s take a look at the Saola (pronounced SOW-LA). 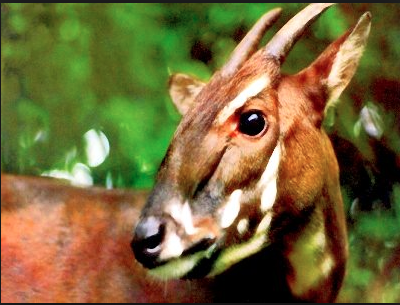 This enigmatic (mysterious) animal was discovered in 1992. Yes, this beautiful creature went undetected before that date. He was the first large animal to be discovered in more than fifty years, thus making the Saola the greatest zoological find in the last century.

As I said above, the Saola lives in the Annamite Mountain region of Vietnam and Laos. 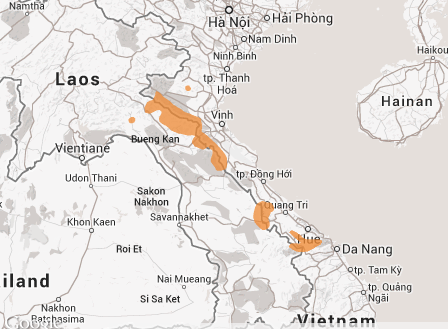 The Saola, which means ‘spindle-horn,’ lives deep in the forest and he is critically endangered. That may be part of the reason why we have not recorded this animal. He is, first of all, hard to find. Scientists have documented it in the wild only four times, and there are none in captivity. The population numbers are unknown, but scientists believe there may be as few as 200.

Although he looks like he might be related to a member of the antelope family, the Saola is related to cattle. They are about 33 inches at the shoulder and can weigh anywhere from 170 to 220 pounds. They have two parallel horns, which can grow to approximately 20.5 inches long. Their short glossy coat can be chestnut brown or almost black. Their under-belly is paler in color, and there is typically a thin black line extending down the spine. Markings on their faces are very extraordinary. They have white spots and slashes along the jaw and there are also long, thin, white strips above their eyes. 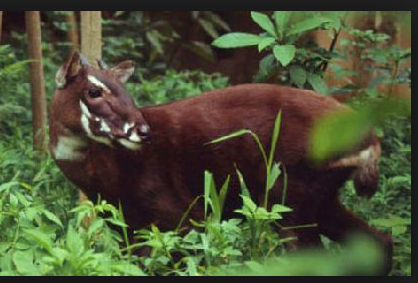 Since the animal has only recently been discovered, not much is known about their ecology or biology. However, it is believed that the Saola is both diurnal (active during the day), or crepuscular (active during periods of lowlight – dusk and dawn).  Like cattle, the Saola is a ruminant. That’s probably a new word for you. A ruminant is an animal that chews on vegetation. Like a cow, they chew on all day long. 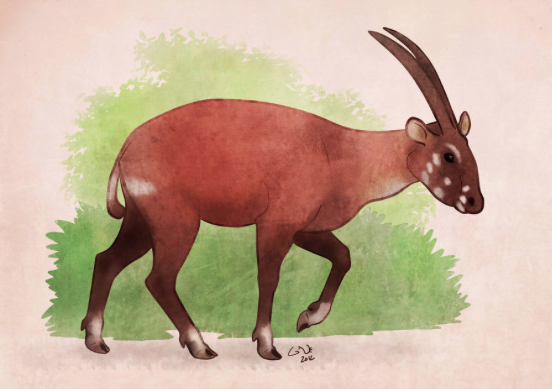 This magnificent creature is in grave danger of becoming extinct. Why? Let’s talk about that.

First, there is habitat destruction. We have heard this story before. Logging roads at the base of the mountain range where the Saola lives, are cutting through the animal’s environment. The Saola is living in a very small area, and that small area is being increasingly threatened by human encroachment.  Not only are people building roads, they are also hunting and poaching in the area. Although the Saola is not specifically targeted, it is caught up in the hunt. 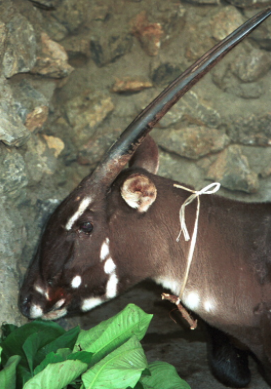 The few Saola that have been captured have died shortly thereafter in captivity. Again, there are none in captivity at this time.

I have found a video for you that was made by the World Wildlife Fund. On the video, a member of the IUCN* speaks about the present status of the Saola and what people can do, and are doing, to help save this very unusual animal.  You may have to go to my web site to view the video.

Smithsonian-Science and Nature - The Saola

*IUCN = International Union for Conservation of Nature and Natural Resources

Thank you again for visiting and spending a moment to think about this very unusual animal.