A DOG WITH SHORT EARS!

After researching this particular dog, I have come to a conclusion. I must conclude, along with many researchers, that we know very little about this animal. The Short-eared Dog is indeed a member of the canidae family. This means that he is related your domestic pal, and it is also known as the Small-eared Dog and the Small-eared Zorro. Zorro is not just a hero of literature and film, the word Zorro is Spanish for fox.

It was difficult finding information on this animal mainly because little research has been conducted and the animal is elusive and rarely seen. Nevertheless, I’ll do my best to share with you what I found.

So, without further ado, meet the Short-eared Dog: 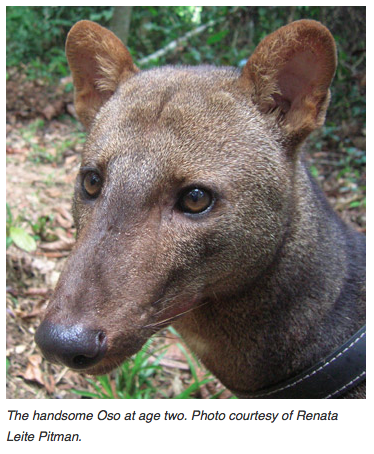 The dog pictured above is named Oso, and he is the subject of much of the research now being conducted. Renata Leite Pitman is the name of the researcher who has, pretty much single-handedly, gathered the most information about the Short-eared Dog. Renata is a veterinarian who was informed about the existence of the semi-wild, Oso. She decided that Oso would provide the perfect opportunity to learn more about this animal.

I have learned a lot from Renata and Oso. For example:
1.  Given the choice between fruit and meat, the Short-eared Dog will take the meat.
2.  They don’t bark like our domestic dogs do. They actually make some very unusual sounds including a sound that can only be described as a roar.
3.  They have a tacit agreement with the Giant Armadillo. They use their burrows to hide from jaguars, pumas, ocelots, etc.
4.  They are partly nocturnal and partly diurnal. Yes, we've said it before, there is much more to learn. 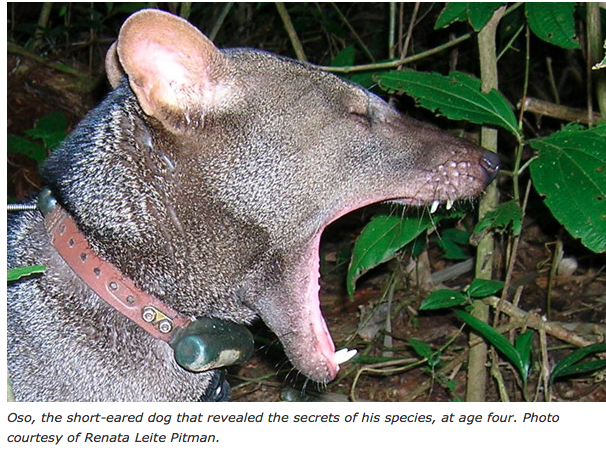 The Short-eared Dog lives in scattered populations in the rainforests of Colombia, Bolivia, Ecuador and Brazil. 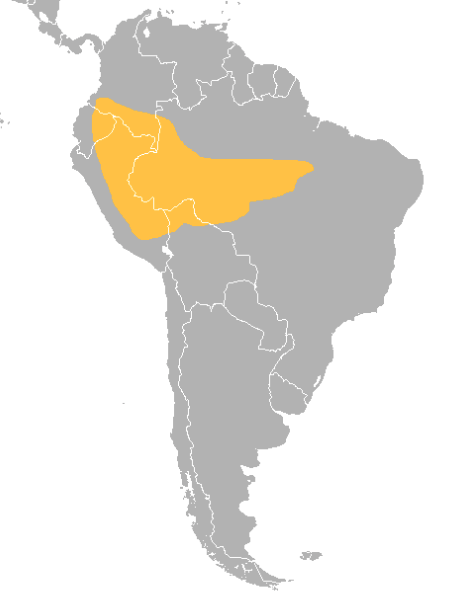 Although the Short-eared Dog is a carnivore, it also likes to eat fruit.  The dog pictured below looks like he has captured a mango! J I have read that they sometimes hunt at night, which would make them nocturnal. As I indicated above, Renata has discovered that they are diurnal, which means that they are also active in the early hours of the day, and at dusk as well. They lead solitary lives, but have been seen hunting in pairs. 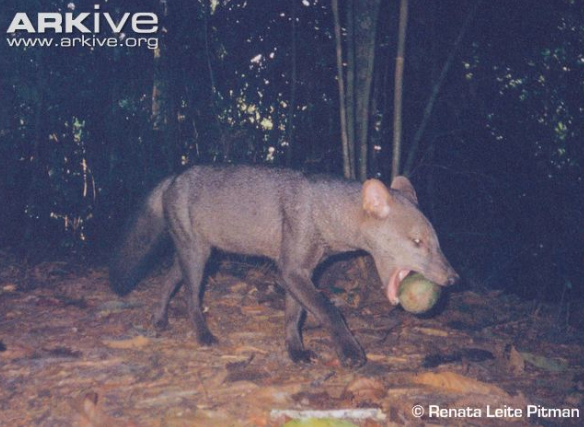 The fur of the Short-eared Dog is thick and somewhat grizzled looking. Researchers consider this as an adaptation to the humid jungle and their somewhat aquatic existence. They weigh approximately twenty-two pounds and their tails are about twelve inches long. The body length, (head to base of tail) is approximately forty inches long. 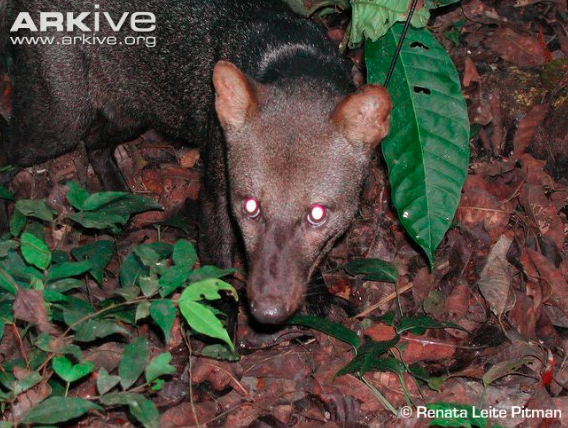 I have found a couple of videos that I think you will enjoy. One shows a Short-eared Dog in the wild. You can hear the excitement in the person filming him. He certainly was very lucky to have seen one, let alone captured him on film.

The other video is of Oso. You can see that he is on a lead and you will hear him roar. Note that there is a mix of animals in this dog. He looks like a mixture of fox and dog. I also feel he looks like a Fossa. We have discussed the Fossa in a past blog. Here is a link to that post just in case you want to compare the Fossa to our friend the Short-eared Dog.  Australian Fantasy Adventures - The Fossa

This video was taken of a wild Short-eared Dog. Check out the tail, which looks very much like that of a fox.

This is the video of Oso, who is currently being studied by Renata Leite Pitman. Listen to Oso roar!

My sincere thanks to Arkive.org for some of the pictures and material contained within my blog. I am also grateful to Renata Leite Pitman, without whom we would not have much information about this very unusual animal. With her continued efforts, I am certain that we will do our best to protect this unique member of the canine family. And finally, my thanks to MongaBay for continually highlighting endangered animals and other environmental crises around the globe.