NOT TO BE RUDE, BUT LET’S GET CHEEKY!

Every week I write a post about an endangered animal, or an unusual animal that strikes my fancy. You may think it’s a passion, and you would be right. Over and above that, I truly hope that you are sharing my posts with your children. We should all be wondering what the world would be like without some of the creatures I discuss, and our children should understand that many animals are in endangered.

A number of the animals I write about are indeed on the brink of extinction, and even though extinction is part of evolution, you must concede that the human population is taking over the habitats of other animals at a frightening rate. What would the world be like if there was no life on earth except humans? Please just give it some thought while I bring you some information on this critically endangered primate, the White-Cheeked Gibbon!

The idea to write about this amazing animal comes from my oldest son, Erik, who went to the Bronx, Zoo, in New York on Saturday. The weather was beautiful and it was perfect for walking through one of the world’s best-known zoos. He returned with the command that I must write about this beautiful creature. So let’s get to it! 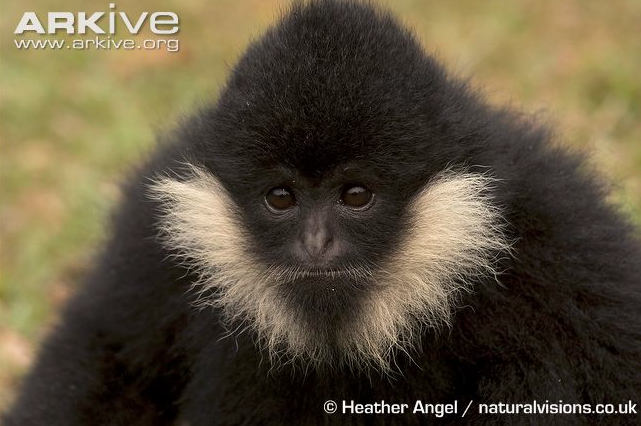 The White-Cheeked Gibbon lives in small monogamous (mating with one for life) families, which are comprised of a mated pair and a number of offspring. They are found in Southeast Asia, specifically in the tropical rainforests of Vietnam, Laos and southern China. Their social structure is unusual in that the female is dominant, and her female offspring will be next in line to dominate the group. 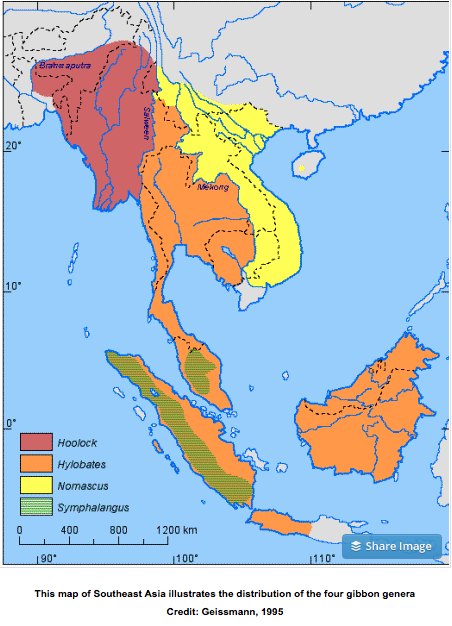 They are arboreal, which means that they spend the majority of their lives up in trees. Their movement from tree to tree is called brachiation. Brachiation is defined as ‘accomplished swinging by the arms from one hold to another.’ (Dictionary.com) Gibbons are brachiating most of the time and hardly ever descend to the jungle floor. I've seen some humans doing this at a nearby playground. 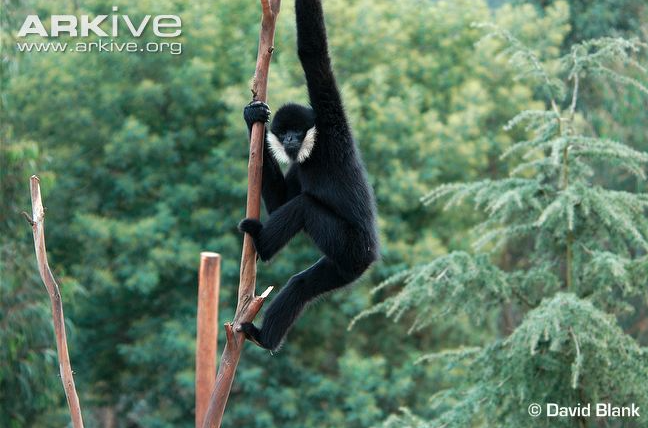 White-Cheeked Gibbons are a prime example of an arboreal animal. Take a look at the below picture. Someone caught this Gibbon on the ground so we could see how long the forearms and hind legs are. Their build is perfectly suited to an arboreal life. It’s interesting also to note that even though they do not have a tail, their sense of balance is impeccable. Since they have no tail, you should know that they are not  monkeys – they are members of the ape family of primates. 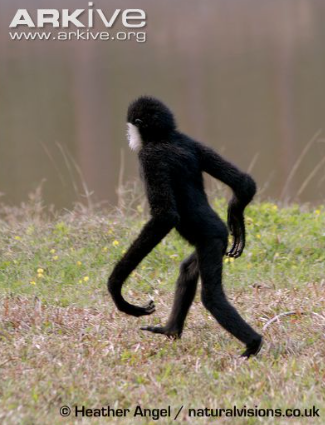 Below is a link to a video that I believe the kids will enjoy. In the video a young lady, at the Wellington Zoo, speaks about White-Cheeked Gibbons, and touches on the problem of habitat loss. You will also see the Gibbons brachiating, and you will hear them. They ‘speak’ with each other in the trees, making whooping sounds that are amplified by a large sac in their throats. Their vocalizations can be heard for miles.

I believe the most interest thing about the White-Cheeked Gibbon is their fur. Infants are born with a cream colored coat. At two years, the fur changes to black and the white fur on the cheeks becomes prominent. When the Gibbons reach maturity, the male will remain black, but the females revert back to the cream color they were born with. Their white cheek fur also disappears. J 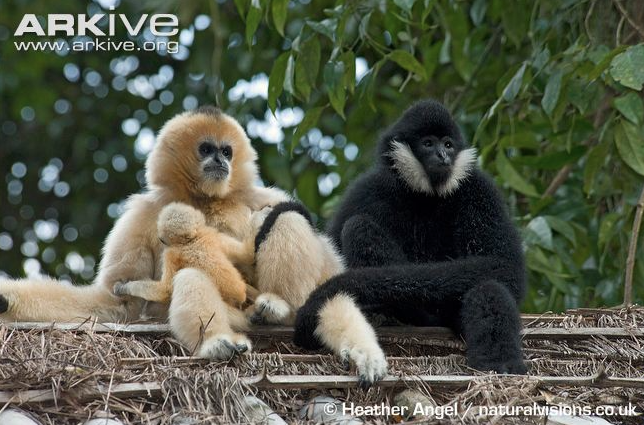 A wonderful family portrait thanks to Heather Angel, and Arkive.org

Although research as to the status of this primate, researchers agree that the main threat to the species is habitat destruction and the IUCN* has declared them critically endangered.

My sincere thanks to Arkive.org and Heather Angel, for the pictures and some of the information.

I do hope you’ll share my posting with your children, and I thank you for stopping by to read.