I know a lot of cat people, and they typically own cats like a Siamese, or a Burmese, or some other of the ‘eses.’ This week let’s take a look at a little fellow whose video has gone a bit viral over the past several months. So as an opener to this post, let’s take a look at the video first, and then we’ll talk more about this very unusual cat, which is widespread, but rare.

The Pallas cat is named for Peter Pallas, a German naturalist (1741-1811), who first described it. However, Pallas incorrectly believed that this cat was an ancestor to the Persian breeds. It is not. 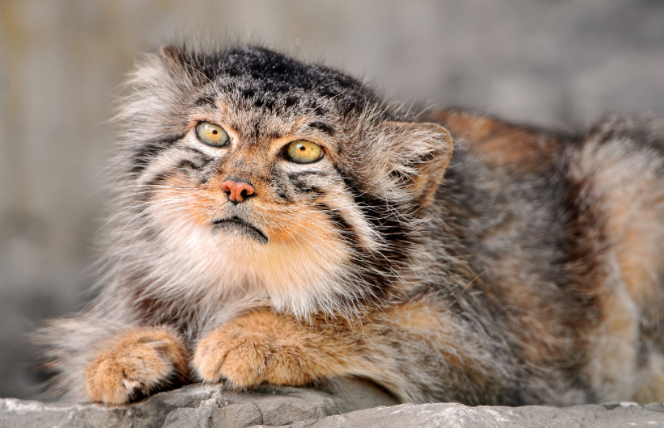 Although it is about the same size as a domestic cat, it appears larger due to its stocky build and bulky fur coat. Don’t let that coat fool you. This is not a big cat and he’s not fat, just fluffy. It weighs between five and nine pounds with a body length of approximately nineteen to twenty-five inches. 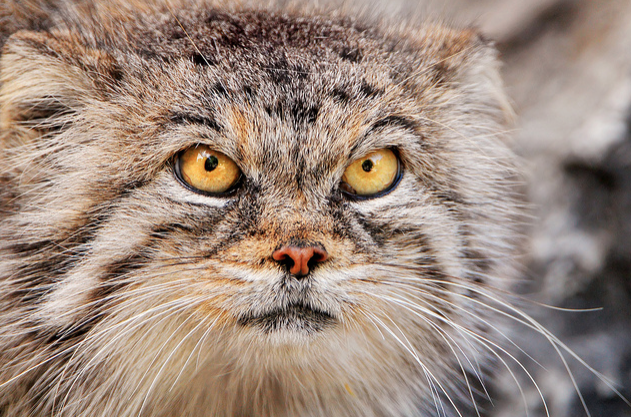 Its head has dark streaks along the side, and its tail has four rings. The coat is very long and dense, which serves the animal well given that it lives in a cold climate and spends a lot of time on frozen ground and snow. It is found from the Caspian Sea into parts of China and Mongolia. 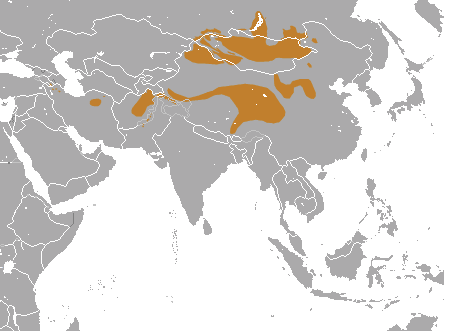 Below is a video about the Pallas cat. A lovely young lady from the Prospect Park Zoo (NY), talks about this unusual animal. I have also provided a link to Prospect Zoo’s web site in the resources list at the bottom of this post.

Pallas cats live in caves and burrows, which they cleverly annex from other animals. It was once believed that they are nocturnal animals, but it has been discovered that they are crepuscular. Interesting word - crepuscular! It means twilight, so this cat is out hunting during the twilight (evening) hours and at dawn. They hunt for small rodents, birds and insects and have been known to wait outside the dens of small animals to ambush them. Yes, indeed, he’s a very clever cat! 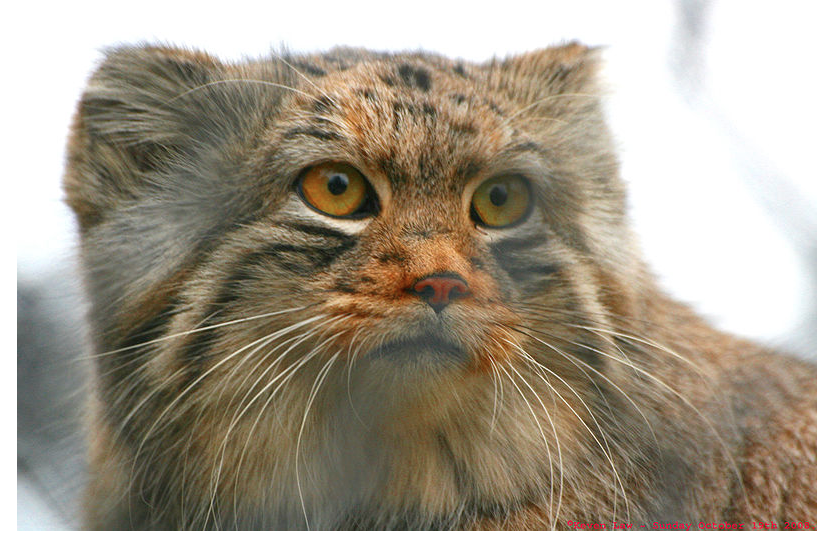 This cat is a precursor to our modern domestic cat. It has been around for about twelve million years, and we hope it continues to survive. Note that the pupils of the Pallas cat are round, unlike our domestic cat, which have slits.

So why is the Pallas Cat endangered? People have hunted it heavily for its fur coat. Also, the Pica, which is a small rodent-like mammal, is being poisoned because it is believe to carry the plague. The Pallas cat eats the Pica, and is therefore dying from their poisoned meal. Also, as usual, its habitat is being diminished due to human encroachment.
The Pica 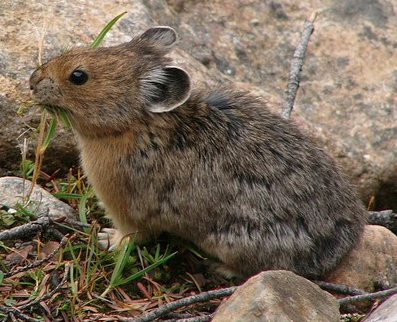 Photo taken by "sevenstar" and posted to Wikimedia Commons: http://commons.wikimedia.org/wiki/File:Ochotona_princeps_rockies.JPG

The Pallas Cat is difficult to study due to the fact that their populations are spread over a great area, which is tough to traverse. Nevertheless, there is an effort underway to save the species. The International Species Information Service lists the population at 117 worldwide, with 48 being in U.S. zoos. A species survival plan (SSP) has been put into place to help. Let’s hope the efforts to save this beautiful creature are successful.

If you would like to learn more about this marvelous cat, visit the web sites that I have listed at the end of this post.

I hope you have enjoyed learning about the Pallas Cat. Ark in Space - The Pallas Cat