DOWN TO THE SEA

“Hark, now hear the sailors cry,
smell the sea, and feel the sky,
let your soul & spirit fly, into the mystic.”
Van Morrison

This week we will go down to the sea. I don’t know about you, but the strangest feelings come over me when I am near the ocean. The smell of the salt air, the sound of the waves crashing on the shore, and the feel of sand between my toes, brings a comfort that touches a deep inexplicable part within my soul.

One of my favorite creatures lives in the sea. So let’s learn a bit about the Sea Otter. 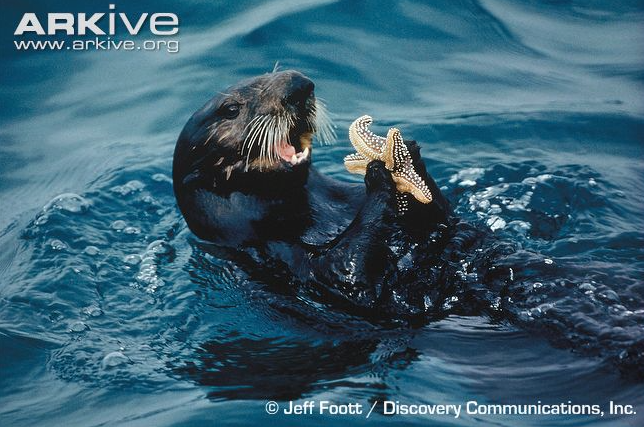 There are thirteen different species of semiaquatic or totally aquatic otters around the world. The Sea Otter is actually the largest member of the weasel family, weighing between 31 to 99 pounds. However, it is the smallest sea mammal. Most sea mammals have a thick layer of blubber or fat, which helps to keep them warm. The Sea Otter is different. It has a dense waterproof coat of fur, the thickest of all animals (100,000 hairs per cm). Since the Sea Otter does not have a layer of blubber to keep it warm, it must eat a lot (up to 30% of its body weight) every day. This helps to fuel the Sea Otter’s internal furnace. He also has a strong tail that acts as a rudder, and his large hind feet are webbed and act like flippers. 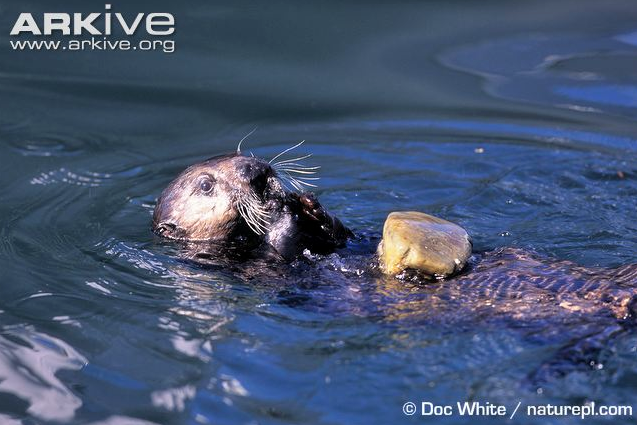 This is a Sea Otter floating with a stone on his stomach. He uses the stone to help break open the shells of his food.

So what does the Sea Otter eat?
They love to eat clams, mussels, sea urchins, crabs, and abalone (abuh-loh-nee). They use tools to obtain and eat their food. They will dive to the sea bottom and use rocks to dislodge prey from the ocean floor. Then when it brings its meal to the surface, it will float on its back to eat. In the case of the abalone, the Sea Otter will use a rock to break open the shell to get at the 'meat' within. They have also been known to eat fish and octopuses. 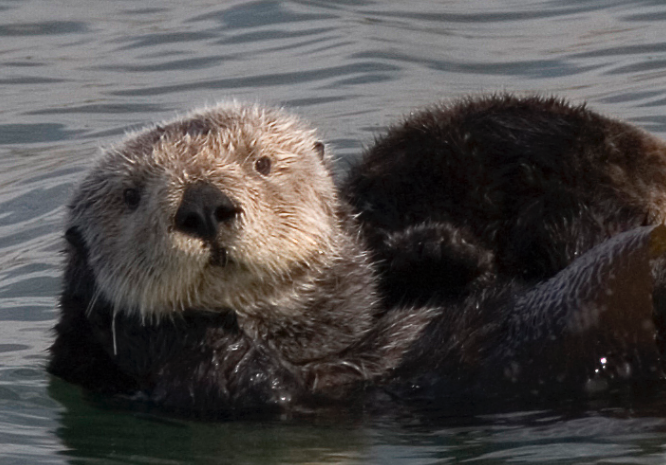 The Sea Otter is considered a keystone species. That means that although its population is small in comparison to its environment, it plays a critical role in that environment. In the case of our friend the Sea Otter, he controls the sea urchin population, which would otherwise cause damage to the kelp forest ecosystem. 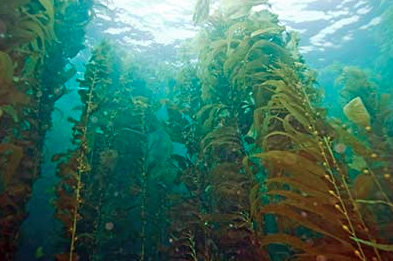 From what I have read, the kelp forests are considered one of the most important ecosystems on the planet. They help to maintain the marine life that thrives within them and are also considered influential in effecting ecosystems near the shore. Charles Darwin compared them to the forests on land.

"I can only compare these great aquatic forests...with the terrestrial ones in the intertropical regions. Yet if in any country a forest was destroyed, I do not believe so nearly so many species of animals would perish as would here, from the destruction of kelp. Amdist the leaves of this plant numerous species of fish live, which nowhere else could find food or shelter; with their destruction the many cormorants and other fishing birds, the otters, seals and porpoise, would soon perish also; and lastly, the Fuegian[s]...would...decrease in numbers and perhaps cease to exist.”
– Charles Darwin, 1 June 1834, Tierra del Fuego, Chile

Unfortunately, Sea Otter populations have decreased, and after reading what Darwin had to say about kelp forests, you can understand how this is all connected and can create a major concern, and not just for the Sea Otters.

Sea Otters are legally protected in the United States, but in spite of this, their populations have been slow to recover and their range has decreased. 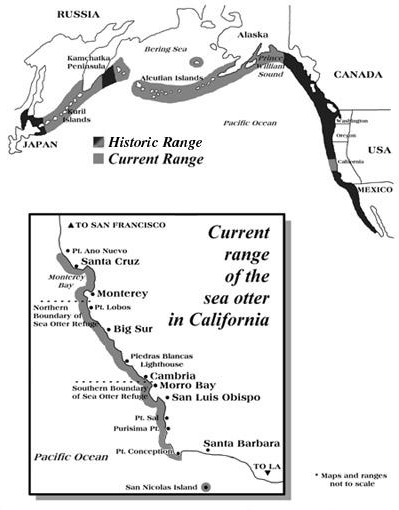 I have found a video that shows a mother Sea Otter caring for and perhaps even teaching, her pup a new skill. I think you’ll enjoy it.

I hope you learned a little bit about this fascinating sea mammal. As always, I have pointed out the importance of protecting the animals on the planet, including the Sea Otter. The disappearance of any one species will affect many others, as we have learned here as well as in past posts.

My sincere thanks to Arkive for some of the pictures and information (http://arkive.org).

To learn more about the Sea Otter, visit the web sites listed below in Citations and References.