Today we are going to visit a very unusual kangaroo that lives in trees. Yes, there is a species of kangaroo that lives in trees. It’s aptly called the Tree Kangaroo. J We will discuss tree kangaroos in general, but the important thing to remember as you read, is that all species of tree kangaroos are threatened with becoming endangered. Some are critically endangered.

While I was in Australia, I was delighted to meet the Golden-Mantled Tree Kangaroo face to face. It is very similar in color to Goodfellow’s Tree Kangaroo. Her color and markings were gorgeous. 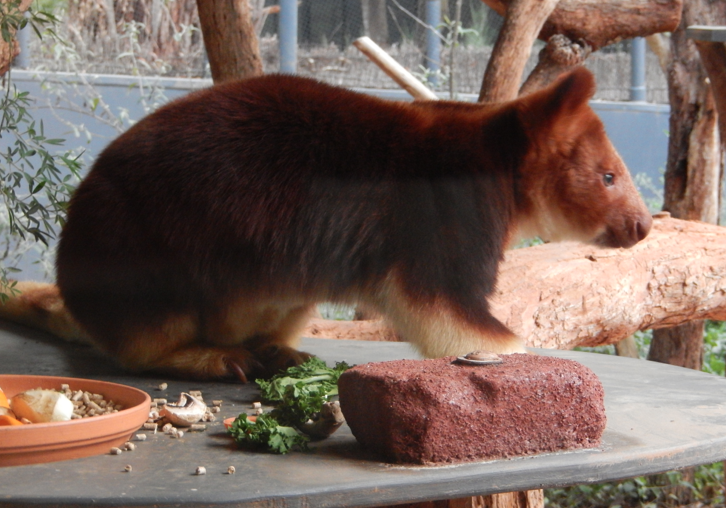 Photo credit: The author's own collection

Golden-Mantled Tree Kangaroo Range: "This species is now known only for certain from the Torricelli range of Papua New Guinea on the island of New Guinea. There are fossil records from Vogelkop and other places. It is suspected to occur in the Foja range (there is a sight record) and the Prince Alexander range of Papua New Guinea. It has been extirpated from 99% of its historic range. It has been recorded at between 680 and 1,100 m asl." (IUCN)

According to my research, kangaroos started out in the trees and came down to the ground. Then at some time in their evolution, a group of them returned to the trees. Essentially they became monkeys with pouches. Umm…  Scientists speculate that the return to the trees was a result of climate change and therefore the Tree Kangaroo had to develop a different diet, which required them to climb to the trees. Their diet consists of leaves, fruits and an occasional bird, which also makes them different from the entirely herbivorous ground dwelling relative. 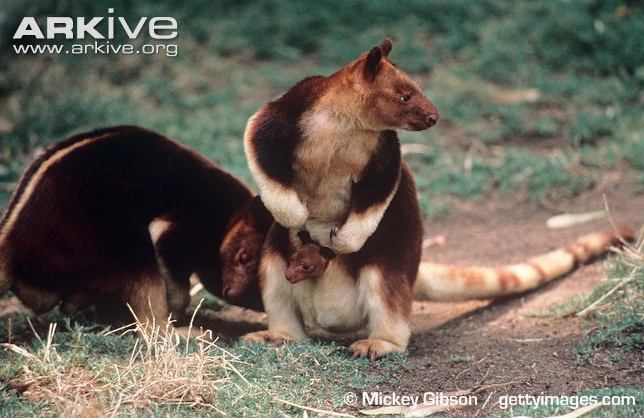 So how are they different from their land dwelling cousins? Well, the first obvious one is their choice of habitat. Second the Tree Kangaroo has developed a very long tail. The tails helps them to balance as they amble along in the treetops.  Then you will notice that they have much longer forearms. They are thicker and stronger. They are also approximately the same size as their back legs. 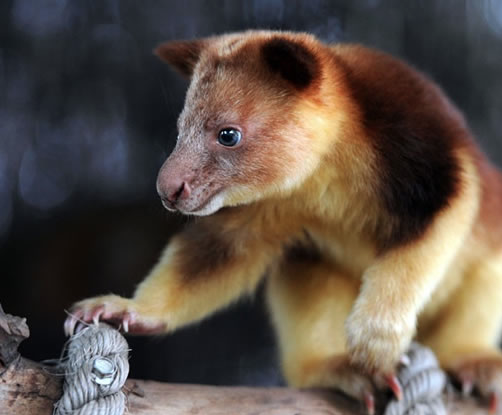 Goodfellow’s range: "This species is endemic to the island of New Guinea (Papua New Guinea only), where it occurs in the mid-montane areas of the Central Cordillera. It may have previously occurred in lowland areas, however, it now appears to be extirpated from this part of its range. It has been recorded from sea level to 2,860 m asl." (IUCN)

Tree kangaroos live in Indonesia, Papua New Guinea, and Australia. There are twelve different species of tree kangaroo and they are all in danger of becoming extinct. The Golden Mantled Tree Kangaroo, which was discovered 1990 in Papua New Guinea is critically endangered. 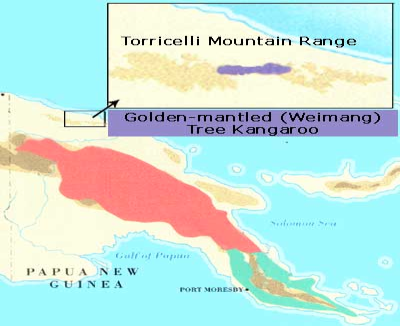 The Bennet’s Tree Kangaroo lives in Australia and has a dark brown coat of fur. 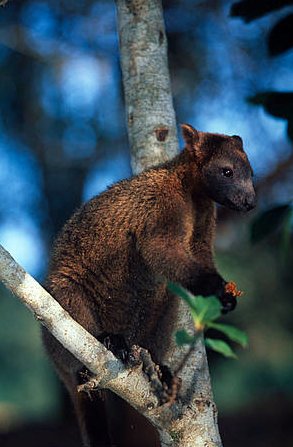 I have a wonderful video. It comes from a tree kangaroo rescue mission in Australia.

For more information about tree kangaroos, check out the sites on the citations and resources list. As always, my thanks to http://arkive.org for their pictures and information. 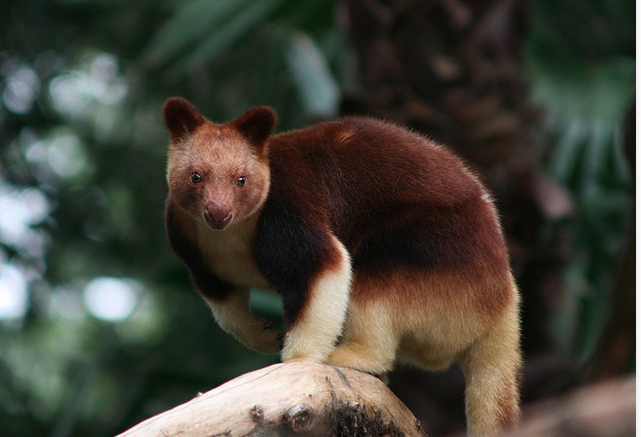 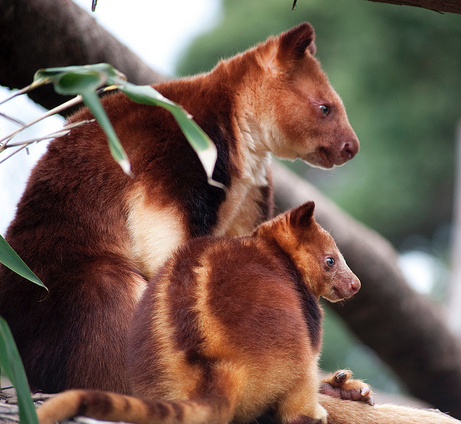 Today I will leave you with one final thought: 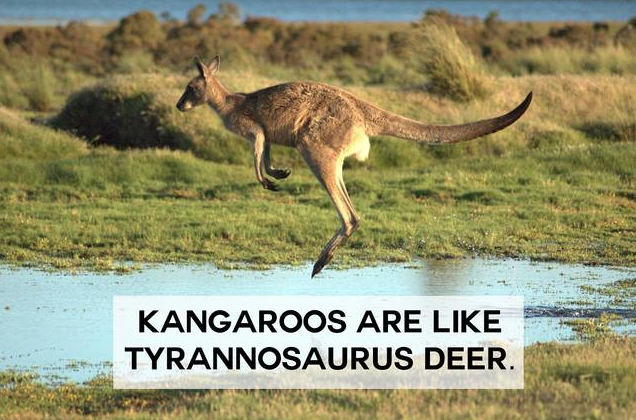 The Ark in Space - Tree Kangaroo