This post is dedicated to Ashlyn, in Mrs. Long’s third grade class. She wanted to know more about this very unusual, and vulnerable animal. So here it is, Ashlyn, thank you so much for reading my posts every week. I do hope you are learning something new. 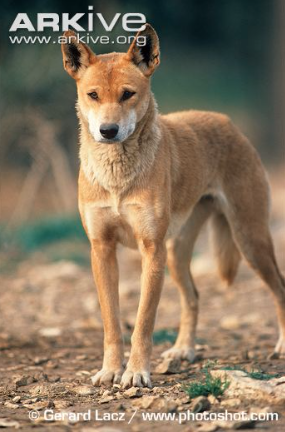 People and dogs go way back. As a matter of fact they go back tens of thousands of years. Dogs are domesticated descendants of wolves, and our relationship with them began as a mutual need for survival. All of the breeds of dogs that we know, from the Chihuahua to the Great Dane, including Dingoes, are descendants of the wolf.

For all you young readers out there, what breed of dog do you own? Email me at Jeanne.rogers22@gmail.com and tell me. I’ll reply with a fact about your dog. If you don’t own a dog, tell me what type of dog you would love to have, and I will send you a fact about your favorite.

Now, let’s learn a little bit about the Dingo. 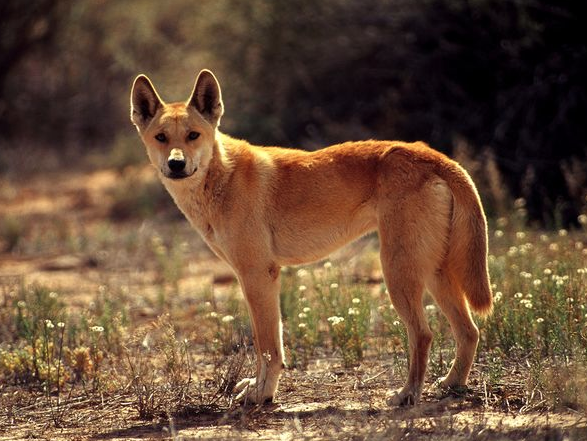 Everyone associates Dingoes with Australia, but the fact is that this dog originated in Asia and may have been introduced to the continent of Australia some three to four thousand years ago by man. However, the dog was not easily domesticated and returned to the wild to live in small packs of approximately ten dogs.

The Australian Dingo is larger than its Asian cousin, and it is interbreeding with domestic dogs, so the pure Dingo is therefore being diluted. A pure Dingo has white feet and a white tip on its tail.

The Dingo is a very good hunter. His favorite foods are rabbits, lizards and rodents. 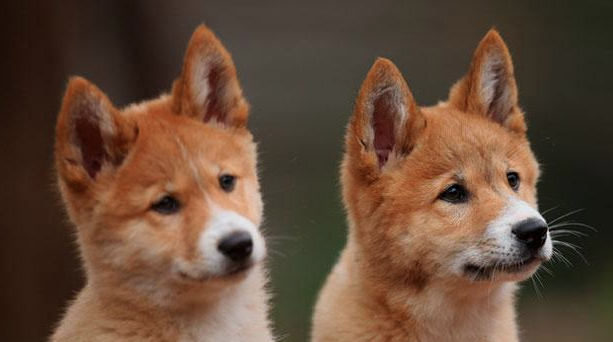 Picture courtesy of Zoos Victoria, specifically the Healesville Sanctuary, which I had the pleasure of visiting while I was in Melbourne, Australia. http://www.zoo.org.au/healesville/animals/dingo

I have always emphasized the importance of animals in terms of their relationship with man and our environment. The Dingo is another example of an animal, which was in place for thousands of years. Then when man interfered with the animal, the environment, or biome (environmental community) in which the animal was a part, the environment became unbalanced. Scientists agree that when they are untouched, other animals of the Dingo's habitat, such as bilbies, thrive. “Where the dingo is in stable social habitation small native species survive in a healthy state including Bilbies, Quolls and rare Wallabies and Possums.” (Australian Dingo Association - http://www.wadingo.com/Dingo_Facts.html 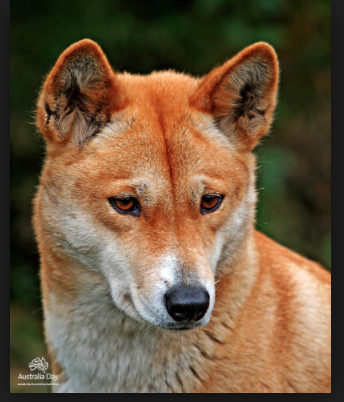 Dingoes do not make good pets, and they do not bark like a dog; they howl. I heard one when I was south of Alice Springs in central Australia. It was a haunting sound and one I will not soon forget. While I was there, I learned a lot about the Aborigines, their culture and their fascinating mythology. They have stories for their natural surroundings and one story is about the birth of the Dingo. Since I could not find a good video about the Dingo, I decided to put the Aboriginal story of the Birth of The Dingo here for you.

Birth Of The Dingo

Long ago in The Dreamtime there was an enormous black kangaroo. He would chase and kill people whenever he saw them hunting and going about their daily life. Many brave men had tried to kill this kangaroo but only to be slain by this massive, ferocious monster. One day the leader of the clan called a meeting with everyone. The leader had clever powers and was known as the Mabarn man by his and extended families in the area. He said to his people  I have this magic axe and it is made of special stone, and we are sick and tied of living in fear! I am giving this axe to my sons to collect wood from the sacred country of the mulga trees. From this wood I will carve a guardian creature that will fight the monster kangaroo and protect us. Hope was given to the clan and that evening the sons set off on their journey and returned after two nights with the wood. The spirit dingo was made with mulga branch for a backbone, forked sticks for ears, the teeth of a marsupial mole, and the tail of a bilby. After several days and nights of sacred secret rituals and chanting, the clever mabarn man was finally able to bring the great big Dingo guardian to life. The mabarn man and his clan believed that the Dingo had enough power, hatred and venom to destroy the monster kangaroo. The following morning, some clan members and the mabarn man's sons set out to hunt and gather food, with the Dingo following closely behind carefully disguised. Bringing small children was a clever ploy to flush the Monster out, thought the mabarn man as they would venture near the monsters camping ground. Finally the hunting party came across the monster kangaroo fast asleep in the afternoon shade near a large breakaway hill. The sons shouted and woke the monster kangaroo from its slumber. At the same time the dingo pounced and grabbed the monster kangaroo by its throat and killed him instantly. The hunting party and the Guardian returned home and the sons told their father what had happened. Now the people were able hunt and gather food near the billabong without fear of the monster kangaroo killing them. To this day the elders had two or three dingoes as pets to protect them from harm and dingoes do not bark, they howl.

Visit the following Websites to learn more about the Dingo.

The Dingo is currently being protected in Australia and conservation includes insuring that the Dingo does not interbreed with domestic dogs so he will remain pure.

I hope you enjoyed this week’s blog, and that you’ll come back next week.

My thanks to Arkive.org and National Geographic for pictures and information.
Enjoy!