This week let’s take a dip in the ocean. We spend a lot of time on land discussing unusual land animals, so I thought we’d discuss a fish. I’m going to talk about a fish that was thought  to be extinct and was suddenly found. That alone makes this rather strange looking fish interesting. Let’s get stared with a picture of the Coelacanth, a Living Fossil. 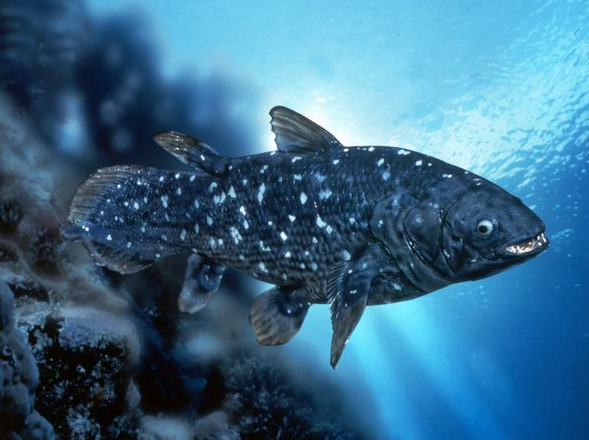 The Coelacanth (pronounced: seel-ahh-Kanth) is critically endangered. He is not a very handsome fellow, but he has an interesting story. Scientists thought that he went extinct along with the dinosaurs about 60 million years ago. Then suddenly, in 1938, a woman named Courtney Latimer noticed an unusual fish on a dock in South Africa. The Coelacanth was identified shortly thereafter by Prof. J.L.B. Smith. Now he is referred to as a living fossil.

Scientists also believe the Coelacanth is an intermediary step in the evolution between fish and land animals. They believe this because the Coelacanth has a complex fin movement that is unlike any ordinary fish. A pair of lobe fins extend away from their body, and like legs, they move in an alternating pattern. You will have a chance to see this unusual fin movement in a video I posted below. There is an ongoing discussion among scientist as to whether or not the Coelacanth or the Lungfish is the connecting link between fish in the sea and animals on the shore. 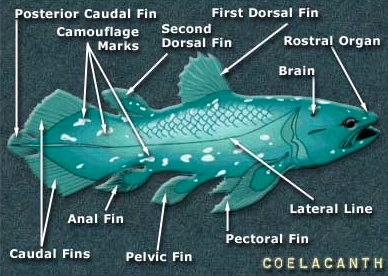 Coelacanths spend most of their days in submarine caves 300 to 700 feet below the surface. They come out at night to hunt. Since the Coelacanth is such a large fish, reaching almost 6 feet in length and up to 700 pounds, all kinds of other fish including lantern fishes, stout beard fishes, cardinal fishes, cuttle fishes, deep water snappers, squids, deep-sea eels, snipe eels, swell sharks, are on his menu. Their heads, unlike other fish, has a hinge that allows the Coelacanth to eat larger prey. A special organ in its snout, called an electrosensory rostral organ, helps the Coelacanth to locate its dinner.

The exact number of Coelacanth is unknown because they are elusive creatures that live in water as deep as 2300 feet below the surface. However, studies suggest that there may be as few as 1000 left.

To learn more about this critically endangered fish, visit the following sites.

I have a very informative video for you. I’m sure you’ll enjoy it as much as I did.

Thanks for stopping by, and don't be shy, leave a comment or two. If you have a question, I will get back to you. 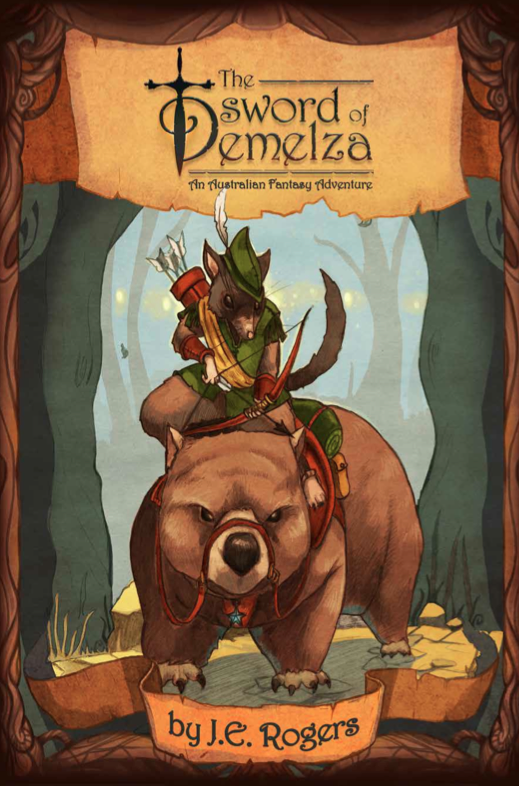