HE WON’T SET THE WORLD ON FIRE, BUT…

We typically spend a post talking about some unusual mammal, or bird, or something like that. We don’t usually talk about insects. It’s difficult to understand how an insect might be endangered or that their populations might be shrinking. Nevertheless, scientists believe that Firefly populations are indeed diminishing. So let’s learn a bit about a well-known and well-loved insect called the Firefly. 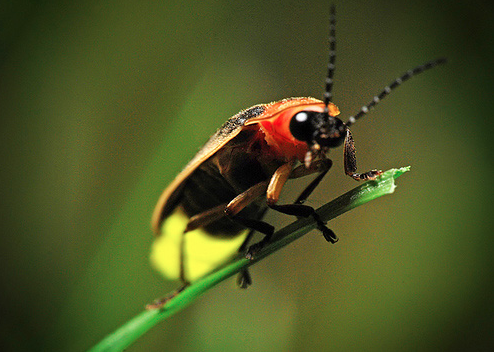 Actually, the Firefly is a not just an insect, it’s a nocturnal (active at night) member of the beetle family and there are about 2000 subspecies. As you know, Fireflies have wings. There are other insects that luminesce (emit light), but most don’t have wings, and they are referred to as glowworms, which are not just a worm, they’re beetles. 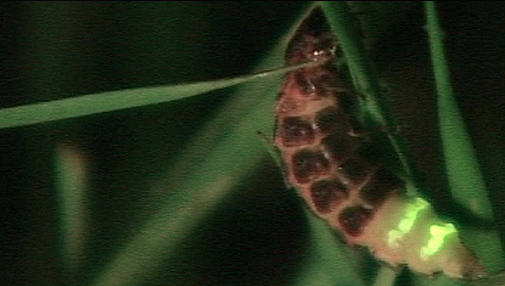 Fireflies are more common in warm, moist surroundings, generally temperate regions. However, there are some species that are found in dry locations. So, as you can gather, they can pretty much be found everywhere that it’s not too cold. 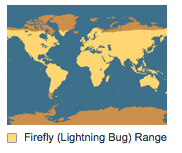 I always loved Fireflies as a kid. They were magical and beautiful to me. I made a game out of following their flight, watching them ‘blink’ and trying to predict where they would ‘blink’ next. J It’s a sweet summer memory.

So what’s that blinking light mean, and how do they make it? It’s called bioluminescence. It's complicated, but here goes. Bioluminescence is a complex chemical reaction in which the created energy from the reaction creates light. The ability of many different creatures on the planet to create their own light is very old. The majority of animals that have this ability are found in the oceans. Like the beautiful critter pictured below. 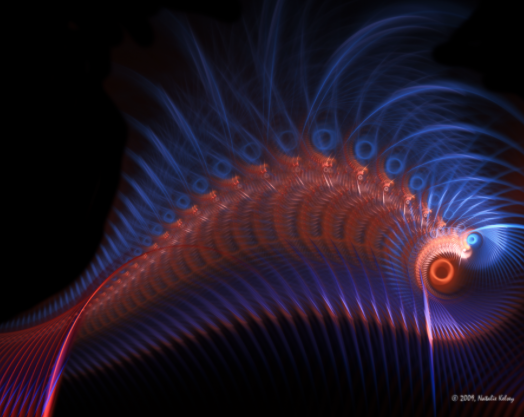 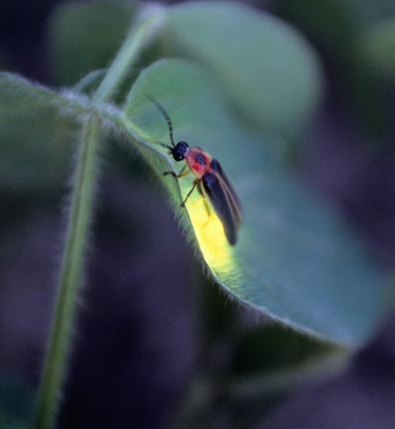 Fireflies, in particular, use an enzymatic reaction. In this reaction, a chemical compound called luciferin creates the flashing light that we see. I told you it was complicated! The result of this complex reaction is a beautiful display of tiny fireworks that fill the air.

Now, what's the reason for the light?  It serves as a warning to other bugs or animals that might consider eating the Firefly. The Firefly is toxic. Also, it is believed that the main purpose of the light is to attract mates. It's a Firefly's way of saying 'hello.' 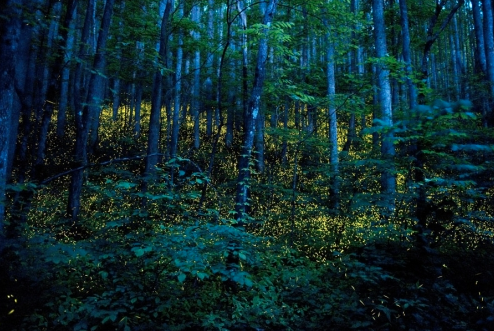 Baby Fireflies are called larvae (immature form of an insect) and they feed underground on worms and slugs. Some mature Fireflies will eat other insects, but pollen and nectar is their preferred food. I also read that some adults do not eat at all. In any case, the mature Firefly only lives about two months. Therefore, they have to get as much done as they can in a short amount of time!

Earlier in this post, I mentioned that scientists believe that Firefly populations are diminishing. Apparently the reason for this belief is a combination of a few factors. First, their habitats are being paved over, i.e., forests are being cut down to make way for human needs. Fireflies like to lay their eggs in rotting logs, and leaf debris near water. As humans encroach on these areas we eliminate the homes where fireflies like to live. Second, our use of pesticides is having an effect on their populations. The third and final factor has to do with light produced by humans. The light our cities and towns produce is believed to interrupt the Fireflies’ flashing during mating, thus lowering the number of mating pairs able to meet one another. I can attest to this fact because I hardly ever see them. At least not the way I did when I was a child, and that's sad. 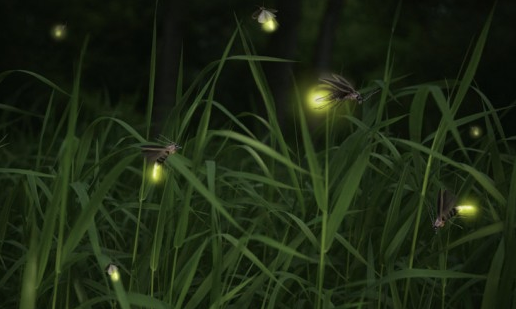 I came across this Japanese Myth about Fireflies and I thought I would share it. It is an old myth and therefore I could not determine its author. If anyone does know it would be nice to share the information with my readers.

Why There Are Fireflies: A Japanese Myth
Once upon a time, a woodman and his wife lived on the edge of a beautiful forest beneath Mount Fujiyama in Japan. They had a cozy little house and a beautiful garden, but they were not happy, as they wished for a child. One moonlit night, the wife slipped out of the house and laid herself down before the great mountain with its shining snowcap. She begged for Fujiyama to send her and her husband a child.  As she prayed, a tiny light appeared high upon the mountain and began to drift down toward the woman. When the light reached the branches of the bamboo, it stopped. The woman was overjoyed when she found it was a Moonchild, sent by the Lady in the Moon herself. She took the child home and her husband was overjoyed as well.  The Moonchild grew into a beautiful young lady, a Moon Princess, and was beloved by all who saw her. When the Emperor's son saw her, he asked for her hand in marriage. However, she refused, saying that her mother, the Moon Lady, had bidden her to return home when she reached the age of twenty.  When the night came for her to leave, the woodman, his wife, and the Emperor's son were all there to say goodbye, and they were inconsolable. The Lady in the Moon sent down a silver moonbeam for her daughter, and the Princess floated up upon it. As she floated, the Princess cried silver tears for those she left behind. As they fell, they took wing and flew all over the land.  The Moon Princess' tears can still be seen on moonlit nights. Some call them fireflies, but those who know the legend know that they are the Princess' tears; searching for those she loved on Earth and had to leave behind.

Finally, just for fun, I decided to post Owl City playing their song, Fireflies, which happens to be one of my favorite because it is so imaginative and fantastical. :-)

Thanks for stopping by. Please visit again. 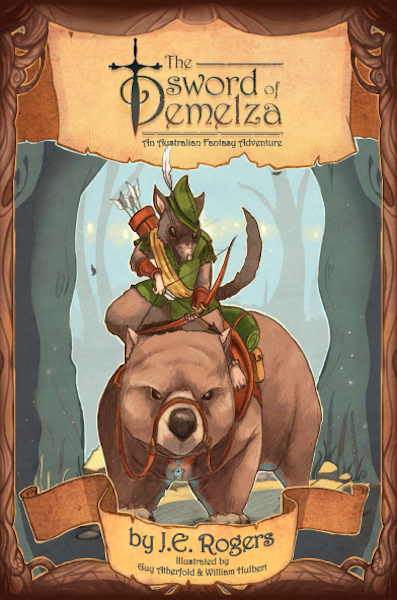