YOUR ASS COULD BE CRITICALLY ENDANGERED

Who knows, one day soon human beings may be critically endangered, but for now we seem to be holding our own. This week we are going to discuss a member of the equine family, and an ancestor of the domestic donkey. It’s called the African Wild Ass (Somali Ass). 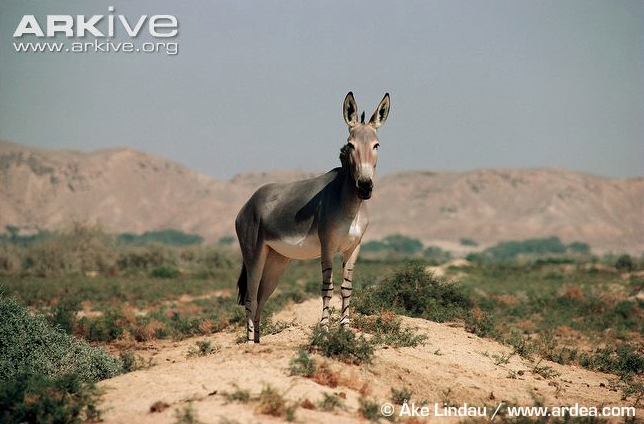 He’s a handsome fellow, but unfortunately there are only a few hundred left in the wild. Let’s learn a bit about him and find out why he is critically endangered.

At one time, the African Wild Ass roamed a large part of northern Africa. The range of this animal has diminished, and today he can only be found in scattered groups in parts of Ethiopia, Eritrea, and Somalia. 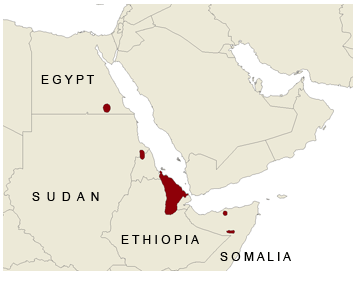 The African Wild Ass is related to Prezwalski’s Horse, and Grevy’s Zebra, both of which are also endangered.  We will learn more about Grevy’s Zebra in a future post, but Prezwalski’s Horse was discussed in a past post. Feel free to read that post as well:  http://warriorechidna.blogspot.com/2013_11_01_archive.html#.U4s54ha5Qds 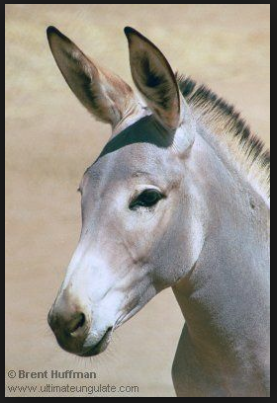 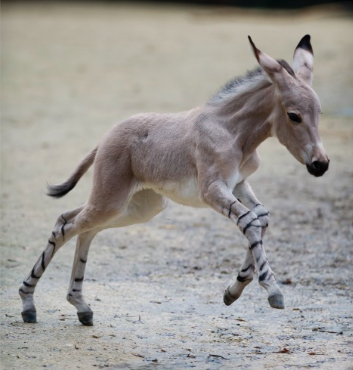 Like the Zebra, our domestic horse, and cow, among others, The African Wild Ass, is an ungulate.  Ungulate, which is a large group of mammals, has a broad definition.  All hoofed animals are now included in that definition. To learn more about ungulates, I urge you to visit, www.ultimateungulates.com, which is a very comprehensive site dedicated to ungulates. The following picture is from that web site. As you can see from the picture, there is quite an array of different looking animals that are considered ungulates. 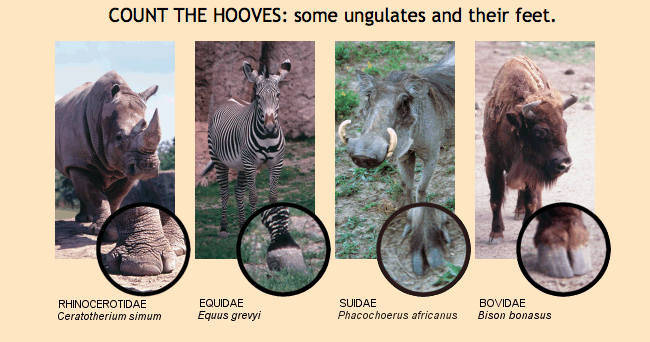 The African Wild Ass is also an equid, which is the name for horses, or a relative of horses. For instance, Donkeys and Zebras are equids. Our subject has a short, smooth coat, which is typically grey or beige in color. They also have horizontal stripes on their legs, which indicates their relation to the Zebra. Their mane is very stiff and stands straight up, and their ears are tipped in black. They have a brush at the end of their tail, which is also black. It isn't unusual for them to weigh  900 pounds or more, and they stand about 4.5 feet high at the shoulder. 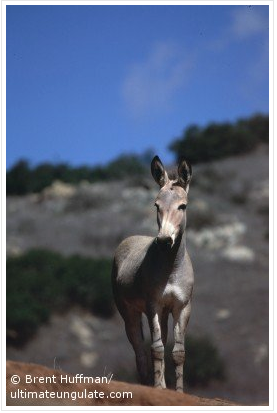 This is a very hardy mammal. It can go without water for some time, preferring the dry areas of its territory. Major threats to this mammal are man, which hunts the animal for food and for use in traditional medicines. It is also inter-breeding with domestic Donkeys, which is diluting the species.

Currently, laws in the countries in which it lives, i.e., Sudan, Eritrea, Somalia and Ethiopia, protect the African Wild Ass. However, it is very difficult to enforce these laws and some illegal hunting still occurs.

The following two videos will give you additional information about this mammal.

I hope you enjoy them as much as I did.

My sincere thanks to Arkive.org and Edgeofexistence.org, for pictures and information.

And my thanks to you for stopping by to learn about this critically endangered mammal. J