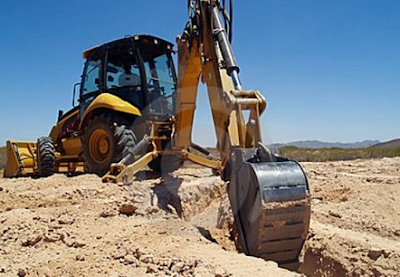 So I guess you must think that I am going to abandon my animal discussions and begin discussing farm equipment!  Nothing can be further from the truth.  I’m committed to the furry, scaly, slithery and furry creatures who have no voice and would like us humans to pay some attention to them. So why the backhoe reference? Well, there is an animal that is lovingly referred to as nature’s backhoe, and this week we’re going to learn about the Pangolin. 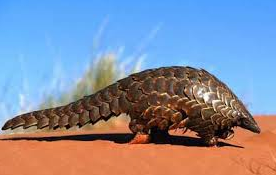 Before I go any further, I want to point something out to you. I have put the word ‘who’ above in bold underlined letters. You may be wondering why I did that. This is a perfect time for me to explain something that I do. I do not treat animals in my blog like ‘things.’ Spell check does not recognize ‘animals’ as people so it wants me to correct ‘who’ to ‘that.’ Not gonna happen! Animals are people too, and they should have our respect. Also, I hope that you have noticed that I will never begin an animal’s name with a small letter. They get a capital letter every time. I have a reverence for life on this planet. Remember, you are not here alone. The fact is that we have control and we have a serious impact on the environment. We have to think about who we are effecting. 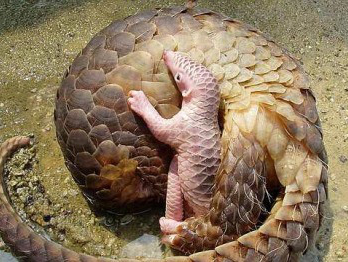 Let me step down from the soapbox, and get back to nature’s backhoe.

The Pangolin is not only called nature’s backhoe, it is also referred to as the scaly anteater. There are eight species of Pangolin and all of them are endangered to some degree. It’s not pretty, so let’s talk about their status right away and get it out of the way.  Pangolins live in Africa and Asia. They are illegally captured and shipped to China and Vietnam where their meat is considered a delicacy and their scales are valued for medicinal qualities. People believe that the scales have medicinal qualities, but they don’t. It’s a myth, so Pangolins are endangered for no good reason. 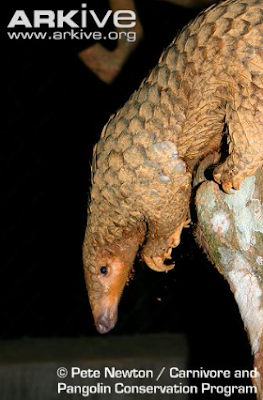 The IUCN* has established the Pangolin Specialist Group. They will hopefully find ways to protect this wonderful animal.

Now that we have that out of the way, let’s get to some of the interesting facts about Pangolins.

The Pangolin is a mysterious creature. Scientists admit that they do not know a whole lot about them, but we’ll discuss what is known. They are a nocturnal –animal - ALL TOGETHER NOW, what does nocturnal mean. Yes, it means he likes to be up all night long. They are insectivores. Insectivores eat insects. Pangolins really like ants, and they really like to eat a lot of them. They catch the ants with their very sticky, very long tongue. As a matter of fact their tongues are about 27 inches long, and can penetrate into anthills to collect the ants. However, it doesn’t chew them because the Pangolin is a rare mammal in that it does not have teeth. 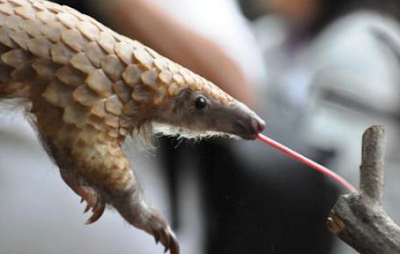 As I said above, there are eight species of Pangolin and their ranges vary. You can see by the map below that they are fairly widespread between Africa and Asia. Once again, these eight species are threatened in varying degrees, some more seriously than others. 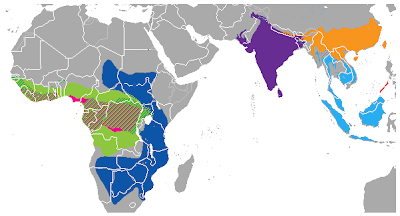 The Pangolin’s scales are made of keratin. Keratin is what your fingernails and hair are made of. If you look at a pinecone, or an artichoke, you will get an idea of what the Pangolin’s scales look like.  The scales help to protect them when they dig into anthills to collect their dinner.The scales also protect them from enemies. When threatened Pangolins will curl up into a ball. Their name comes from a Malay word, pengguling, which means ‘something that rolls up.’ 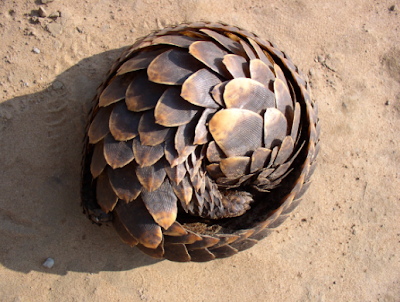 They can be anywhere from 12 to 25 inches in length, and some of them like to hang out in trees. 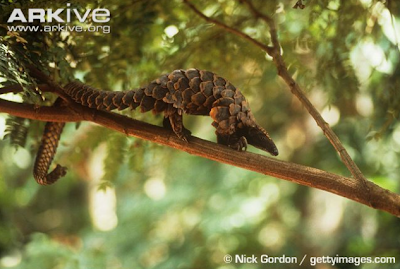 At the beginning of this post I said that the Pangolin is called nature’s backhoe, and I haven’t told you why. It’s simply because they are incredible diggers and they have the claws to prove it. 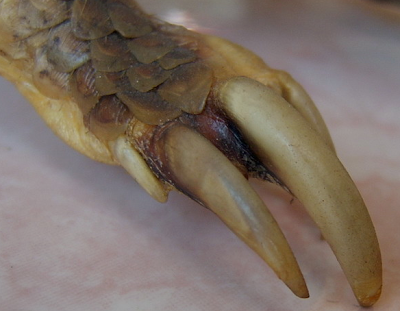 The video below will show you how interesting the Pangolin walks, and how he gets ants from an anthill. It will also show you how good a digger he is. I know you will enjoy it.

My sincere thanks to Archive for their information and some of the photos. If you would like to learn more about the Pangolin, visit the following sites:

This post is dedicated to my son David. He thinks Pangolins are really cool. I do too!

Thanks again for stopping by, and please leave a comment. Visit again next week for another interesting animal post.