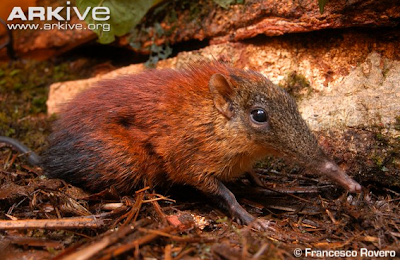 In 2005 this little shrew was captured on camera, but it wasn’t until 2008 that its discovery was actually announced. The Grey-Faced Sengi is larger and has a different colored coat than other elephant shrews. It can grow to about twenty-two inches in length and weigh about a pound and a half.

As we said, this particular specie of elephant shrew is larger than other shrews, but it is similar in many other ways. First, all elephant shrews have that long trunk-like snout. That’s how they got their name. The end of their snout has no fur on it, and it is black. Also, like other shrews, the Grey-Faced Sengi is diurnal. Diurnal means that he hunts for his food during the day. They really like all kinds of invertebrates – insects!  They have long legs, like an antelope and a tail like a rat. The long legs give them the ability to sprint, and the tail gives them balance.  I know that this is going to sound really strange, but the Grey-Faced Sengi, along with all the other elephant shrews, is more closely related to the Elephant than it is to shrews. Now there’s an odd fact that you can share! 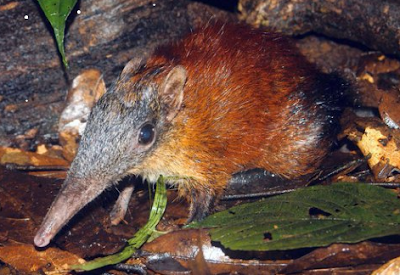 The Grey-Faced Sengi lives on the continent of Africa in a country call Tanzania. Specifically, it lives in the forests in the Undzungwa Mountains of south central Tanzania. 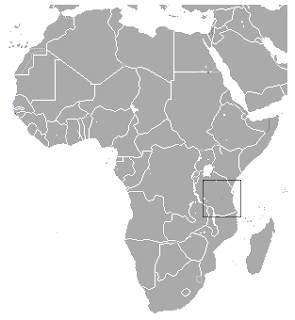 The Grey-Faced Sengi is threatened. According to the IUCN*, an animal is considered threatened if it is one of three things. Those three things are:
1.     Vulnerable - VU
2.     Endangered  - EN
3.     Critically Endangered - CR

Each of the above three categories have a very specific definition assigned by the IUCN. The below information is taken directly from the IUCN Web Site - http://www.iucnredlist.org

The Grey-Faced Sengi, is vulnerable. The greatest threat to this specie of shrew is man. Human populations are expanding, and as a result, there is pressure on the environment of this shrew. The forests that the Grey-Faced Sengi lives in are dwindling because of human encroachment. It is also thought that local tribes hunt the shrew for food, but that has not been proven. 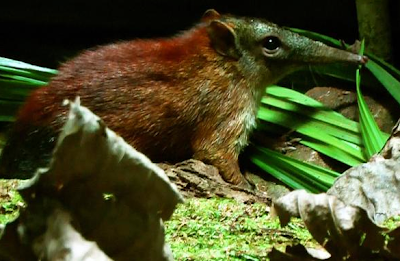 I have found a super video for you. In this video you will see the smaller specie of Elephant Shrew from east Africa, but as we have said above, these shrews all of the similar characteristics and behaviors.  You’ll even get a chance to see how fast they are – because they need to be.

If you have questions, please feel free to leave it in the comments section. I love hearing from you.

My thanks to ARKive.org and BBC (see link below) for the pictures and video.

Here are a few more sites for you to explore for more information.

*IUCN = International Union for Conservation of Nature and Natural Resources