Let’s start with a very bold statement:  The Cheetah is considered the fastest land animal. 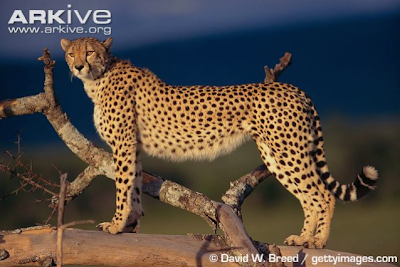 We’re going to talk about this very fast animal because Marisa, of Mrs. Long’s third grade class suggested it, and I thought the idea was brilliant for a couple of reasons;

They are endangered, and you know that my passion is to bring attention to endangered animals,
and;
They were always one of my favorite animals (I guess they still are!).

So let’s go back to that very bold statement above and look at it very carefully.  First, let's discover the most important word in the sentence; LAND. If we consider ALL animals (land, sea and air), the fastest animal is actually a bird; the Peregrine Falcon. The Peregrine Falcon has been clocked at speeds of over 200 miles an hour, but this speed is in a hunting dive, not straight flying. 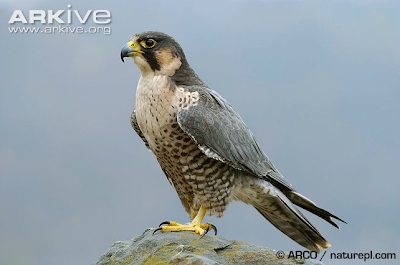 It’s interesting to note that the speed of the Cheetah is calculated when they are sprinting during the hunt. So, the two fastest animals on the planet use their speed for hunting.
OK, so now we know what the fastest animal in the world is when we consider ALL animals; land, sea and air. Hands down it’s the Peregrine Falcon. Let’s go back to discuss the fastest LAND animal.  When we consider what animal is fastest on land we have to discuss sustainability. Sustainability means that the animal can keep up that speed for a long period of time. The animal that can sustain the highest speed for the longest period of time is the racehorse. 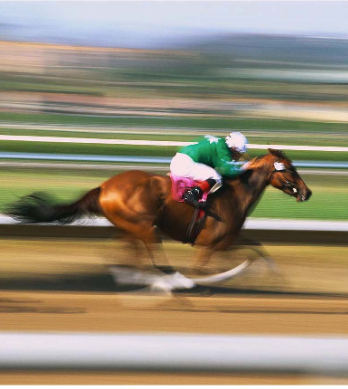 Mother Nature is very interesting. She gave the horse the ability to sustain a high speed for a longer period of time because it is running away from predators (a predator is a carnivorous animal – an animal which eats meat). The Cheetah, on the other hand, has qualities that enable it to reach tremendous speeds because it is chasing its meal. Both animals have been given the chance to either escape from the predator, or overcome its prey (prey is an animal which is hunted by other animals). To summarize; the Cheetah has the ability to run short bursts at high speed, but not long distances like the racehorse. The Cheetah has certain physical characteristics that enables it to run fast. The horse and other prey, have physical characteristics that enable it to sustain their speed. The two below videos will explain this further. 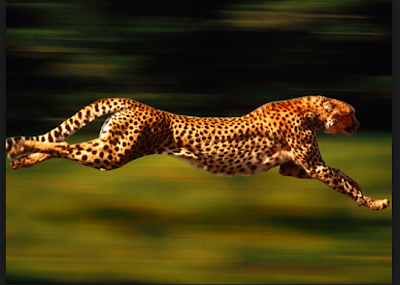 One video will explain the speed and agility of the Cheetah. The other will explain how the Cheetah’s prey can outrun him. You might think that nothing can outrun a Cheetah, but as I said above, Mother Nature works in strange ways. Nature is wondrous, it has given every creature certain abilities to help it survive.

If you cannot see the video, please go to my web site:

Cheetahs live on the savannahs (a savannah is a grassy plain) of Africa. 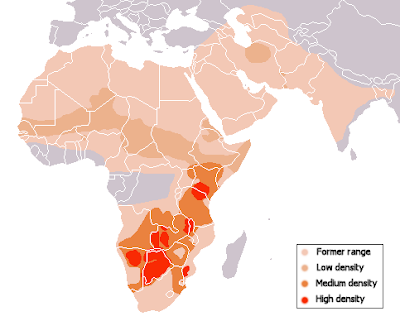 There are four subspecies of Cheetah living on the savannahs of Africa and according to the IUCN*, they are endangered (considered vulnerable). However, there is an Asiatic Cheetah, which is critically endangered and is only found in parts of Iran. 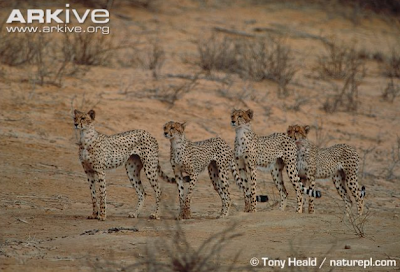 ·      Here are some other very interesting facts about the Cheetah.

·      2.  The Cheetah is covered in black spots on the upper parts only. The tail has a series of black rings. 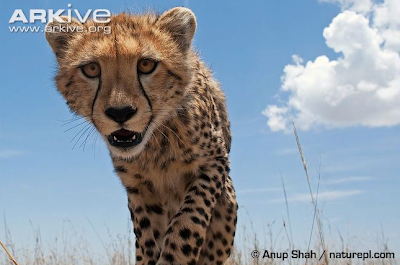 There is so much more to learn about Cheetahs. Here are a few web sights that will offer more information.

As always, my sincere thanks to ARKive for their magnificent pictures and information. I also want to thank Marisa in Mrs. Long’s third grade class. It was so nice of you to suggest the Cheetah. I loved writing this blog for everyone!

Please come back to visit again! Don’t be shy – leave a comment.